Pluto entered Capricorn in January but went retrograde on April 2 and has been back in Sagittarius for the past month. Here’s a post I wrote for The Pisces Chronicles, still relevant and worth revisiting. 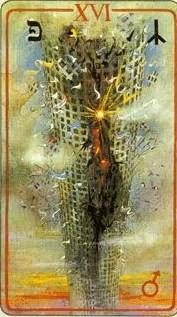 When Pluto entered Capricorn in late January, we began seeing some effects in world affairs. …

Individually, the effects have been more subtle. Those who have planets or chart angles at 1 degree Capricorn or any of the other cardinal signs (Aries, Cancer, and Libra) have felt this transit the most, especially when Mars directly opposed Pluto on March 7. But all of us felt a rumble during the previous Full Moon, which squared Pluto and Mars. I had a couple of meltdowns myself, and Pluto and Mars aren’t in particularly difficult locations in my chart. Ultimately, those incidents created openings for better connections with others, but the going was turbulent there for awhile.

The dust is settling, and most of us have felt a shift. There are lots of potential reasons, astrologically, for this shift, but it feels to me like we assimilated some new energy. This is a transformational process, and anytime transformation happens, you can bet that Pluto is involved.

In the year leading up to his entry into Capricorn, Pluto conjoined the Galactic Core. During that time, many of us went through a deconstruction phase, and we also felt disoriented in space/time. Sagittarius is associated with religion, spiritual beliefs, and, ultimately, spiritual growth. The Archer aims for the truth, but an extreme manifestation of this sign is a mistaken believe that one has found Truth with a capital “T.” That’s where some of us seem to be stuck.

If nothing else, Pluto in Capricorn is sending us a clear message that beliefs have a serious impact on one’s external circumstances. In other words, there are practical implications. While changing your beliefs doesn’t guarantee that you’ll get what you want, clinging to outdated beliefs is a pretty surefire way to stay stuck in what isn’t working for you.

As Pluto turns retrograde and revisits Sagittarius from June 13 to November 26, we’ll get a chance to examine this whole process. I would especially encourage you to question where you may be operating on mistaken assumptions, as assumptions are the foundation of our belief system. You might call them the infrastructure of our personal thought matrix.

As an astrologer, I continually question the underlying assumptions of the craft, but I also try to root them out in my personal life – not an easy task, because our beliefs often are programmed into us at such an early age that we aren’t even aware that we have them. And we often continue to operate on these wrong assumptions even when presented with evidence that they’re invalid. Our mental filters are very powerful. That’s why it takes something like a heavy dose of Plutonian energy to blast them wide open.

One of the things I’ve worked on over the past several months is the belief that God, Source, Spirit, (fill in the blank) provides for us, whether through the Law of Attraction or some other mysterious mechanism, and that if we aren’t getting what we want, then we either aren’t “evolved” enough, don’t believe enough (because, after all, all you need to do is believe firmly enough), or somehow are failing to perform the rituals properly, haven’t purified enough, haven’t purged anger, hatred, jealousy, etcetera ad nauseam.

The wrong assumptions here are that failure is punishment, that a period of bad luck must be due to bad karma, consequences of past actions, choices we’ve made, and so forth. Although there does seem to be a widespread inability to accept the consequences of our actions and move on, there also seems to be an erroneous belief that we cause all of the bad things that happen to us, if not in this lifetime, then in previous incarnations.

What this erroneous belief does is to discourage failure and to make those who fail outcasts. However, failure is a means – perhaps the only means – to make new discoveries, change your life, and maybe even change the course of human history. Most scientists know this, as do entrepreneurs. Nine times out of ten, failure provides more insight and information than success, which can be so hit-or-miss that we often have no idea how it happened.

So how does one fail “successfully?” By being secure enough not to fear failure and knowing that failures, even successive ones, do not make you a failure. By understanding the role of failure in discovery and innovation. But most importantly, by being willing to give up your beliefs when they repeatedly fail to get the desired results all or at least most of the time. Too often, we take a success here and there as “proof” that our beliefs are valid, and we ignore the many incidences of their failure, which we prefer to see as anomalies.

I would love to hear from all of you about what beliefs, if any, you are questioning, and how this has impacted your life.

Image: The Tower, from the Haindl deck. This image represents upheaval, including the disruption created by the forced change of erroneous beliefs.