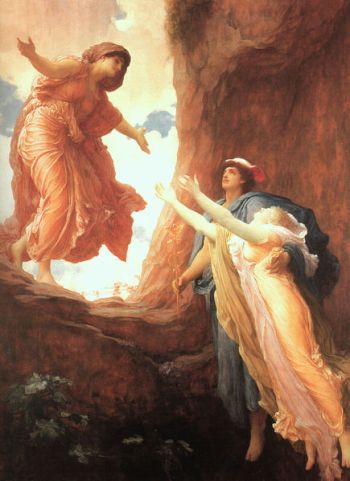 The Full Moon is always about bringing two different agendas, represented by the Sun and Moon, into balance. When the Moon is in Libra, this is particularly emphasized. Libra is the mediator of the zodiac, offering a fair, even-handed point of view.

Jupiter in Aquarius is closely trine the Full Moon at 19? 53′ Libra and sextile the Sun at 19? 53′ Aries, giving this lunation an optimistic tone and asking everyone to continue to take the big picture into account. We are still in a time of new beginnings, but now the Libra Moon says we need to take into consideration what others are thinking and feeling rather than forging ahead in true Aries style.

We also need to consider Venus, Libra’s ruler, and Mars, ruler of Aries. On the Full Moon, Venus is still retrograde in Aries and Mars is in Pisces, which tones down his more aggressive side. What this says to me is this is not the time to push our agendas and demand results. Plus, Venus is still recovering from her second exact square to Pluto on April 3 and may be feeling somewhat bruised. Pluto in Capricorn is very set on reining in Venus’s desire to indulge in what he sees as frivolities. (We still have one last exact square between these two on May 2.)

Mars in Pisces is exactly inconjunct the Libra Moon, and with both of those signs preferring to conciliate and negotiate, attempts to confront others can lead to all kinds of avoidance behaviors on their parts. If you Mars types find this discouraging, remember your day is coming on April 22, when Mars moves into Aries. By then, Venus will be direct and on her way back into Aries, arriving on the April 24. Then it’s stand back and let ‘er rip!

The same rectangular pattern we saw at the Full Moon in Leo on February 9 appears on this Full Moon, with Mars in Pisces rather than Uranus holding down one corner. Fire is represented by Aries instead of Leo, and Libra is the air sign, not Aquarius. Saturn in Virgo is the same. This pattern has the same feeling of dissonance and the need for resolution as we felt before. What area of our lives is demanding deconstruction in order to be rebuilt on a new and better foundation? If we follow the sour note to its source and do the work, we may be able to prevent further deterioration. Another question may be, is this situation worth saving, or would it be better to let it go all together?

A grand trine in earth with Pluto in Capricorn, Mercury in Taurus, and Ceres in Virgo adds lovely harmonious overtones. It is appropriate for Pluto and Ceres to be on speaking terms when spring is arriving in the Northern hemisphere and nature is showing off her spring clothes. This is the season when Persephone rejoins her mother after wintering in the underworld. For us mortals, the grand trine gives an opportunity to mend fences and put together plans for where we want to go next. Of course, since earth is the element, good sense and practicality rule the day.

We still find Neptune and Chiron traveling together semi-sextile Uranus. The ongoing background theme is to remember to be compassionate and stay aware of the importance of thinking globally while acting locally. Innovative ideas benefiting the greatest number of people will be well-received now. The best use of the Neptune-Chiron conjunction in Aquarius is always to take the high road, because negative behaviors and attitudes are very likely to backfire.

There is a great pair of Sabian symbols for this lunation. The first one is for the Sun at 20 Aries, “A young girl feeding birds in winter,” with the keyword HOSPITALITY. There is a purity of intent in this image, a simple example of caring with no agenda that it would behoove all of us to emulate in these trying times.

For the Moon at 20 Libra, the Sabian symbol is, “A rabbi performing his duties,” with the keyword HERITAGE. Even though the ongoing opposition between Saturn in Virgo and Uranus in Pisces has abated some in intensity, it is still humming away in the background. This symbol offers the idea that we can draw upon the richness of traditions (Saturn) and use those to inspire us to create new ones (Uranus) – a timely reminder that life is a process, never static.

Remember to be respectful and kind to others. It certainly won’t hurt and it may just throw your enemies off their stride!

**Please read Pat’s weekly forecast for this week, April 6, for her thoughts about this week.

Image: This painting, The Return of Persephone by Frederic Leighton, fits so well with the grand trine in earth I couldn’t resist using it.