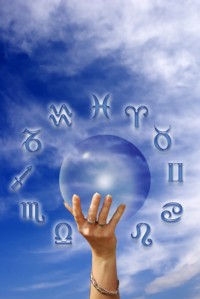 We’ve received several comments on our weekly forecast about how things are going for you this week. For the most part, we’re seeing jitters and a high level of discomfort.

It was pretty much a given that tensions would rise with Somali pirates, who now are threatening to go after American ships and kill their crew. This is one of those situations that could escalate into a far more serious situation than imagined, which is entirely in keeping with the unpredictable nature of Uranus transits.

Meanwhile, North Korea is defying international pressure to back off developing nuclear weapons. At the same time, Iran has indicated that it would like to work with the international community on the same subject. Go figure.

On the personal level, I took some steps to mitigate my computer problems, and I’m at least able to type an entire post without interruption. But this is just a band-aid, and I’ll need to find a longer-term solution.

I’ve written many times, and it bears repeating, that it’s hard to determine which astrological marker is making itself felt in any given situation, especially when there’s so much going on at once. Venus is stationed in preparation to return direct on Friday, and several people have commented to me over the past six weeks that they’ve been experiencing situations that we would expect with retrograde Mercury. So my Internet connectivity problems probably are more related to that, while the overheating and sudden shutdowns are clearly a Mars-Uranus issue.

What’s happening for you? We’re particularly interested in knowing what develops as Mars separates from Uranus. In our experience, events tend to flare up the most after direct Mars contact — unlike the Full Moon, for example, which we tend to feel more strongly as the opposition between Sun and Moon builds.

As you describe what’s happening, remind us of your Sun and Rising signs, and tell us which house in your natal chart the Mars-Uranus conjunction falls, if you know it. For me, it’s early in the second house, so I’m on pins and needles regarding finances, but I also know that this doesn’t necessarily mean a sudden catastrophe. It could as easily be a sudden windfall. I’ll let you know, and please do the same!

A big hug to all,

6 thoughts on “Ask Our Readers: Tracking the Mars-Uranus Conjunction”