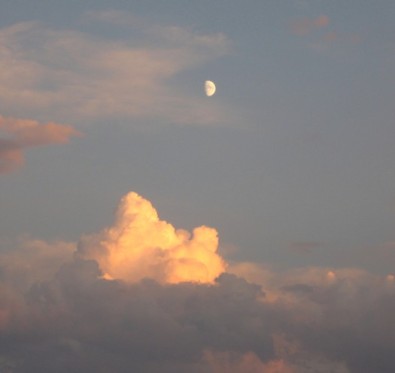 The New Moon on August 20 at 27°31′ Leo is the centerpiece of a dramatic chart as befits a lunation in this bold, outgoing sign ruled by the Sun.

Even though the Sun has moved past the point of exactly opposing Jupiter, Chiron, and Neptune in turn, these oppositions can still be felt in the atmosphere. Jupiter loves being in the limelight, and Neptune is not above adding to the drama, either. This opposition could play out as the individual need to shine outweighing the needs of the collective. Or, Leo could bring its considerable creative gifts and enthusiasm to help resolve intractable social issues. Either way, this is a good time to let your inner lion roar.

Speaking of the Aquarius stellium, the three bodies are slowly moving apart, lessening the intensity we experienced earlier this year. I have heard of more people reporting running into difficulties dealing with Neptune & Co. than experiencing the potentially uplifting, healing effect. This does not surprise me because in my personal opinion Jupiter is vastly overrated. And most of the time Jupiter seems to enlarge and expand whatever energies are on hand rather than adding a consistently positive spin to events. However, if we have been in denial about certain issues, Jupiter’s waning influence may allow for more clarity. Neptune and Chiron will travel in close proximity until the end of 2012, and without Jupiter acting as a magnifying lens, the effect will be much more subtle.

We have a mutable T-square that is bound to produce a yelling match or two, with Mercury in razor-sharp Virgo squaring Mars in verbal Gemini. Uranus in Pisces opposes Mercury and squares Mars, electrifying both. This is definitely not the best time to approach your crotchety relatives and hope to kiss and make up. Mercury also conjoins Saturn in Virgo, and this combination is very good for remembering all the bad stuff from the past. A far better strategy would be to let bygones be bygones for now, especially if you value peace and quiet, because it is all too easy to slip from constructive criticism into plain criticism.

While Venus in Cancer is supported by a trine from Uranus in Pisces, she is also dealing with a deeply irritating inconjunct from Jupiter and Chiron in Aquarius. Cancer and Aquarius lack common ground, to put it mildly. Cancer is a very personal sign, interested in what’s going on at home with family, while Aquarius is inclined to see those things as trivial, because their eyes are on the big picture. A work-around might be via Uranus, Aquarius’s ruler, currently in sympathetic Pisces. Uranus is very good at thinking outside the box and coming up with unique answers.

“Many little birds chirping on the limb of a large tree” is the Sabian symbol for 28 Leo and sounds very much like the opinions flying all over the place right now. What we need to do is consider the RAMIFICATIONS (the keyword for this symbol) of what is being said before moving ahead.

Like many other folks out there, I am still recovering from the extremely intense eclipse season this summer. So rather than speculate about future sky patterns, I’m going to encourage everyone including myself to take some time to enjoy life under this Leo New Moon. Make a space in your life for your favorite form of relaxation, whatever it may be. Theatricals, movies, socializing with family and friends, going out for a night of dining and dancing – the important thing is to have fun. Leo knows how to seize the moment as well as the limelight!

Of course, today is the day to write your New Moon abundance checks! Here’s how.

Image: Even though this is not exactly a new moon, it is still the sort of setting a Leo Moon would feel right at home in. :-)