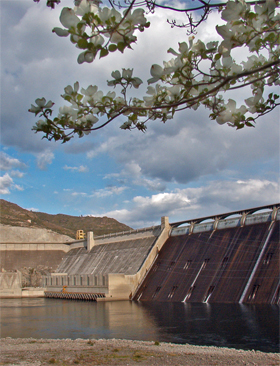 This promises to be an exciting week, starting right out with an electrifying conjunction of the Sun and Uranus in Aries. I just hope my circuits can stand it.

If I had to describe this transit in one word, it would be “revolution.” Not that you need astrology to tell you that movements around the world for freedom from oppression will continue to build. I am somewhat concerned about what will happen next week, when Mars enters Aries and Mercury turns retrograde. Mars is the planet of war and conflict, and he’ll be on the side of the revolutionaries. Eventually – by the second week in April – they’ll provoke authoritarian governments and their corporate backers to take extreme action against them. It will be very interesting to see which side the United States supports in individual countries in the Middle East.

In our individual lives, the Sun-Uranus conjunction brings surprises and a break from our normal routine. At its best, it can help us blast through blocks that are holding us back. That’s the good side of this transit. The danger is that you may feel an urge to do extreme things like telling your boss to go to hell, without considering the consequences. For an idea of how this might manifest in your life, look at where Uranus currently is transiting your chart. Most of you have enough of an understanding of astrology that you probably know this already. If you’re in your early 20s or early 40s, be extra mindful not to act on selfish impulse.

There are no other major planetary aspects until Saturday, when Venus conjoins Neptune at 29 degrees Aquarius. The following day, she enters Pisces, sign of her exaltation. Venus is a lower vibration of Neptune, so her entrance into Pisces right after their conjunction should provide us with some early insight into what will happen when Neptune himself enters Pisces on April 4. Neptune’s counterpart in ancient Greece was Poseidon, who ruled over the sea, fresh water and earthquakes.

Venus is happy in Pisces, the sign of mystical union and merging into the underlying source of all things. She doesn’t seek love for physical gratification, adoration or financial rewards, but to merge into oneness with her partner.

Speaking of which, Mars remains in Pisces until April 1, and he’s being “fed” by planets in Aries, the sign he rules. Although Mars in Pisces can be a warrior for the poor and underprivileged, he also will fight on the behalf of religious beliefs. Let’s hope his energy is channeled into helping the thousands left homeless by the earthquake in Japan and not fanning the flames of religious conflict in the Middle East.

Overall, we’re a step farther into Aries territory and a Brave New World. However, with Mars still in Pisces, one foot remains in the past. This week, we continue to evaluate our past and decide what to keep and what to leave behind. It’s never too late to throw unneeded baggage overboard, especially if it has been weighing you down and preventing you from moving forward.

There is one other interesting astrological event this week that I’d like to discuss, and that’s the conjunction of the lunar North Node and the Galactic Center. Indeed, this may be the most important transit of the week, if not the entire month, as it portends the opening of a portal into higher consciousness. The conjunction isn’t exact until March 31, but the North Node is now at the same degree as the Galactic Center at 27 degrees Sagittarius and will remain there until the end of the month.

What’s really intriguing is that the North Node turns direct for a few hours on Friday, March 25. The lunar nodes normally are retrograde in motion, but every now and then, they turn direct. It’s like the opening of a doorway, and when this occurs in conjunction with the supermassive black hole at the center of our galaxy – the source of powerful radio waves – it’s hugely significant.

As if that’s not enough, the Moon conjoins the North Node a few minutes after it turns direct! Keep a notebook with you on Friday, and write down any dreams you have Friday night. The nodes are direct from 1:57 p.m. PDT on Friday to 5:30 a.m. PDT on Saturday.

Finally, I’d like to remind everyone that there’s just one more week to go before Mercury turns retrograde. Even though Mercury is in pre-retrograde shadow, he’s not officially retrograde yet, so there’s still time to sign papers, close accounts, and take care of anything else of that nature. Wrap up as much business as you can this week.