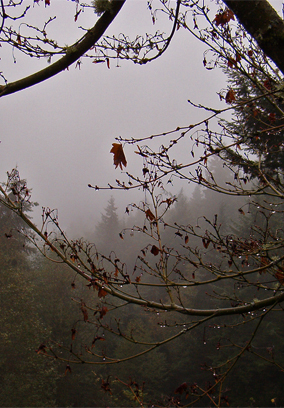 Mercury retrograde is in full swing, no doubt about it. The traffic hasn’t been too bad here (OK, I didn’t say that) but communications have been a nightmare. I’ve had to remind myself several times a day of my maxim that otherwise intelligent people say and do stupid things while Mercury is retrograde.

I’m just keeping my fingers crossed that no real damage will be done before the little biter has returned direct – in other words, no permanent breakups, at least not due to misunderstandings.

That said, there are going to be irreparable rifts. That’s not so much due to Mercury but to the eclipses. If you had a sudden breakup, or even a not-so-sudden one (you probably saw it coming) that occurred within a few days of last Friday’s eclipse, get used to the idea that it’s over. Events that occur near eclipses usually are final. That’s the bad news.

The good news is that the finality is good news. The way is cleared for you to move forward. Often we don’t realize how we hold ourselves back by hanging onto relationships, situations, or things. I once had a dream that I was sitting on bleachers in a wide open field, and suddenly a fierce wind started blowing. I hung on for dear life, hands clutching the metal benches, feet flying up in the air. And a voice said, “Let go.” I did, and I flew through the air, just kept going, to nowhere in particular. That is the disconcerting part about letting go. There may not be something else to hang onto – at least not right away. You may need to get comfortable being neither here nor there, at least in this two-week period between eclipses.

Yet, even while we’re adrift, synchronicities are happening, and lots of them. That’s our clue that we’re not in Kansas anymore. The synchronicities in my own life have been astonishing. Last week, I met another Patricia Paquette. She works upstairs from my main classroom. What are the chances that you’re going to have two of us in the same city, let alone in the same building? Even more freaky, we may be related, albeit many times removed.

Looking at the week day by day, there’s not a whole lot going on in the first half of the week. On Thursday, Venus conjoins Pluto in Capricorn. I can’t help thinking of Lady Gaga’s mutation of Nazi, Borg and nun. In a word, kinky. For those of us with more pedestrian sensibilities, the thing to be alert for is a subconscious desire to control and manipulate. Of course, if it’s subconscious, how do you know it’s there? All I can say is, stay mindful.

On Friday, the Sun, Moon, and Mars form a three-way, also known as a mutable T-square. This is nitpicky and just plain icky. I may just sit in the back in class, pull my hat over my head, and not talk to anyone. Then, I can’t do that for three days, which is how long the toxic cloud is going to waft about. On Sunday, the Sun and Mars conjoin retrograde Mercury. More misunderstandings, and more aggressive ones, too. Don’t be surprised if someone shows up with a list of all your faults. Should that happen, do your best not to engage. It’s hard not to take it personally when someone is pushing your buttons, but trust me, you’ll be thankful later for not getting into it with them. Be bigger than they are. If they add that to the list, be bigger still.

My goal will be just to make it through the week intact. But I’ll have some extra Band-Aids on hand, just in case.