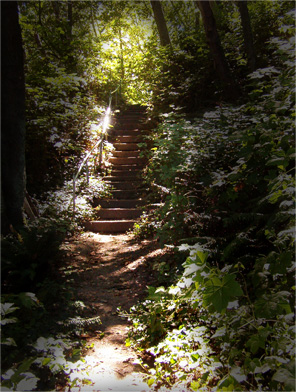 Relationships are in the transformation stage, no doubt about it. We’ve seen it coming, as Saturn approaches the final degree of Libra and is finally ready to move on.

Many of us are going to be finally ready to move on, too. Like, final finally. We’ve been ready. We’ve tried. But something has held us back for one more lesson, one more bit of convincing, and one last hope that maybe we were missing something, the golden bit of light that will wake us up to what’s really going so that we can remain more comfortably in an uncomfortable place. After all, we’re told that we can’t change others, only ourselves. So many of us have been busily working at changing ourselves, like burning the candle at both ends into the wee hours preparing for the final exam.

Four stories came to me last week about difficult relationships, how they’d been ended once or twice already only to be resurrected for another go. Until the Full Moon in Pisces on August 31, they were all doing pretty well, in a place that was more compassionate, accepting, and serene. And all four people, within a few days last week, experienced an unexpected event with their partners that threw them for a loop. One of them, a woman who after a year of struggling finally came to grips with her partner’s Asperger’s, was on her way home from work and saw him going out to dinner with another woman.

I wrote in last week’s forecast that the Full Moon would continue to unfold right up to Friday. Did it ever, and how. Last Tuesday, I came across Michael Lutin’s article on the Full Moon in Pisces, and it suddenly all made sense. We’re heading into the final three degrees of Saturn in Libra. Right. Mikey commented that something drastic will take place. I assume he’s talking about Saturn’s entry in Scorpio, which will place him in mutual reception with Pluto. Those of us who have been up all night studying will go through the final exam and emerge ready to transform. I say “ready to transform” rather than “transformed,” because I believe the process will continue. Evolution doesn’t stop.

I know, it sounds kind of scary, but we’ve known for some time that this wasn’t going to be a period of snuggling into our comfort zones. We’re out of the nest, learning to fly. This is what it feels like.

I’m going to spend the rest of the forecast looking at Saturday’s New Moon in Virgo, which begins unfolding on Monday and will continue to be felt through the weekend. The bigger event, of course, is the Uranus-Pluto square, which will be exact on September 18, the same day Pluto turns direct. Uranus says, “Evolution isn’t fast enough. Mutate!”

This New Moon is ruled by Mercury, who conjoins the Sun on Monday and then swiftly moves through the end of Virgo to enter Libra on Sunday. In my world, Virgo is co-ruled by Ceres, who is moving through the end of Gemini – in a near perfect square with Mercury and the New Moon and a perfect trine with Saturn.

Mercury in his own sign of Virgo wants to pay attention to the details – who did what to whom, when, who owes whom money, and so forth. This is fine for professional relationships, and directly addressing details may be just the solution for moving through issues with co-workers and supervisors. If this is your situation, make sure you have all your ducks in a row and that your arguments are based on sound logic. There’s still room for compromise (especially the following week, with Mercury in Libra), but concessions will be made on logic, not feelings.

Ceres has a different agenda. Feelings count, and so does the physical and emotional well-being of everyone involved. There may be a pecking order, but if someone lower down the food chain has the goods, they stand on equal footing with the higher-ups. Her method of compromise is more like Libra: you get half, I get half. If your relationship is ending, this may be a practical matter, and it’s where I see the possibility of a split that, while not necessarily amicable, at least will be civil. I think this is also where we may be able to release some karma, especially if you’ve got ties with someone over several incarnations.

Interestingly, in the New Moon chart, Juno is on the lunar North Node at 29 degrees Scorpio. In Roman mythology, Juno was the wife of Jupiter, the king of the gods. The Greek equivalents are Zeus and Hera. Greek mythology unfortunately stripped Hera of her power by making her the angry and vengeful wife of a philanderer. Her actual history is much older (like Nemesis, about whom I wrote last week). The evolution of the goddess might as well be a story about how male and female energies became imbalanced in the world. We’re on the threshold of righting the balance. In the last degree of Scorpio, Juno is drawing upon all of her power before entering Sagittarius, the sign ruled by Jupiter.

Lastly, Venus trines Uranus (the aspect is exact on Thursday). Here’s the big surprise, an event that causes a mutation of thought that leads to a transformation in your external world. This event may concern love or money, two domains ruled by Venus. Because the trine is harmonious, I’m hopeful that this will be a happy surprise. Goddess knows we’ve had enough of the other kind.

Mikey suggested reading the Robert Frost poem, commonly referred to as “The Road Less Travelled.” The actual title is “The Road Not Taken.” Think about that for a minute. Frost was writing about one road, but the collective perception was the opposite. There’s a lot to contemplate in the few weeks left of Saturn in Libra. Come to think of it, this is a perfect poem for Libra. Who else could stand so long at a fork in the road, trying to decide which way to go?

Regardless of which road you take, it’s going to be bumpy for the next several weeks. To help you on your way, I just set up the StarGuide Fall forecast, which is now available. I’ve taken some pre-orders already, so if you order now, expect it to take 3-4 days for delivery. I also highly recommend that if you want your report by the first day of fall (September 22) that you order this week. This is my most popular report, and I’m always swamped at the beginning of the new season.

Wishing you all much love and courage on your journey,