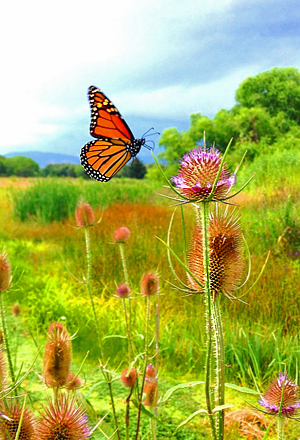 Whatever little break we may have gotten last week, it’s over. Aspects are so tense that even astrologers are fighting with each other.

A professional astrology forum I participate in has become an online brawl. I swear, if these people were in the same room, they’d be smashing furniture over each other’s heads. The topic causing such a firestorm is Sun sign horoscopes. I can’t believe that people who are supposed to be enlightened (at least that’s my theory) are resorting to personal insults. It’s quite distressing.

Of course, that’s nothing compared to what’s going on in Egypt. Events there escalated right on cue, with the cardinal T-square formed by Jupiter, Uranus, and Pluto peaking on August 7 and August 21 – this Wednesday. This is a symbolic battle, as the so-called Arab Spring was one of the earliest manifestations of the cardinal T-square in 2010 in the first degrees of cardinal signs Aries, Libra and Capricorn. Uranus, the planet of revolutions, was in the final degrees of Pisces at the time, but Jupiter was in Aries.

A reader e-mailed me recently with comments about the current administration in the United States, which has, among other things, voiced continued support for invasive government spying and unmanned drone attacks, even in countries with which we’re not at war. I agreed that a lot of campaign promises had not only been ignored but shockingly reversed, and yet, what might happen if we took to the streets as the Egyptian people did? Calling for the removal of an objectionable government acting in the interests of only a privileged few could have grave consequences in a Pluto-in-Capricorn world. I saw this coming and have written about it a lot in this blog. The Uranus-Pluto square was ripe for rebellion, but I knew that the response by authorities would be deadly.

Still, I do think there is some hope that the situation in Egypt and elsewhere can resolve. The current T-square is the first in a three-part aspect. The next critical periods extend from February to May of 2014, with Jupiter, Uranus, and Pluto in a square by exact degree in mid-April, with a lunar eclipse. What we’re seeing in this time period is setup for events to come. The crisis has been declared, and now it must intensify and then resolve. That’s the pattern of three-part outer planetary transits. That said, Uranus and Pluto remain in a square until 2015, and then there will be a ripple effect of two to three years. April 2014 will be an especially critical time in the United States, as the T-square falls at the same degree as the U.S. Sun and 1 degree from the U.S. Saturn. Venus crosses over the U.S. Saturn later this month, so we may get an idea then of what’s coming down the pike.

We also have the Full Moon this week, the second in a row in Aquarius. In modern astrology, Aquarius is ruled by Uranus. Anyone who knows an Aquarian is familiar with their innate rebelliousness against authority (unless they are the authority, and then it’s a different story). As you can see in the chart, this is potentially a difficult Full Moon. Not only is Jupiter in a near-exact square with Uranus, but Venus is about to form a grand cross. Now, this could in fact be a temporary stabilizing influence, as Venus in Libra strongly represents diplomacy, and a grand cross is more stable than a T-square. Still, we’re in a period of heightened global tension that is getting on everyone’s nerves. Even if you avoid news headlines in an attempt to protect yourself, you can’t avoid the tense vibration in the collective. The more psychically sensitive you are, the more you’ll feel it. The most you can do is to be kind to yourself, find moments of peace and beauty where you can (thus the image of the butterfly above), and do your best to give loved ones the benefit of the doubt. We’re all under enormous stress.

The Full Moon peaks late Tuesday (Wednesday in Europe and eastern time zones). It’s interesting to note that in the Full Moon chart, Uranus is conjunct the Ascendant by less than three degrees, with Pluto on the Midheaven and Jupiter on the IC. These are extremely sensitive points in a chart, and I can’t help but feel that Washington is in store for a big shock of some kind. In mundane astrology, Jupiter represents the federal justice system and the banks. Look for dramatic headlines (more than usual) involving the Federal Reserve, the country’s largest banks, and the Justice Department. Uranus represents uprisings and riots, and he’s also the planet of severe thunderstorms. If nothing else, the Eastern Seaboard may see some serious weather.

On Thursday, the Sun enters Virgo, with Mercury following on Friday. Reasoned analysis becomes a bigger part of the discussion, both in the collective and in our private lives. Fortunately, with Venus in diplomatic Libra, we can catch ourselves before saying something insensitive or cruel – and remember, the threshold is low right now, given the amount of stress we’re under. If you have been indulging a bit too much to cope with everything coming at you (guilty here), then it’s time to start watching your diet and getting a little more exercise. The Moon is in Aries on Friday, offering a bit of “just do it.” The Sun and Mercury conjoin on Saturday. If you’ve got children, this is your day to shop for back-to-school supplies. Function trumps style.

On Sunday (August 25), Mercury opposes Neptune in Pisces. Keep a notebook by your bed and record your dreams. When life is moving fast and we’re doing all we can just to keep up, we sometimes have to ignore or stuff down feelings and desires, to the point that we may lose touch with ourselves. Here’s an opportunity to find it.

I’m going to try to post the weekly forecasts on Saturday from now on to give everyone a longer heads up. Astrology can’t make stressful events go away, but it can help us understand the forces over which we don’t have any control, and it can show us where we do have opportunities to make some important choices.