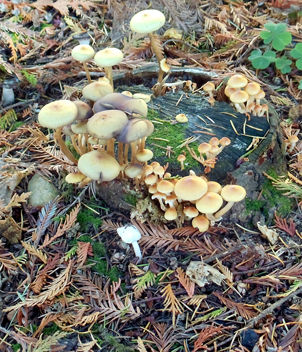 I don’t recall ever trying to write a forecast while Mercury was exactly stationed. Coaxing out the words is a bear … maybe like a bear coming out of hibernation.

It doesn’t help that I’m exhausted after an emergency situation that called me away from home unexpectedly the week before last. That’s why this forecast is late and there was none at all last week. I was able to post a quick note on Facebook, so readers who are following RealAstrologers on FB at least got notice. If you’re on FB and haven’t yet “liked” RealAstrologers, please take a moment to do so, as I post short notes there from time to time and also occasionally share meaningful posts from my FB connections. I promise not to clog up your feed with bumper-sticker slogans and cat videos.

Delays and obstructions tend to be more persistent for a couple of days on either side of Mercury’s station, so you may need a lot of patience as the week begins. Give yourself extra time to commute, get to the airport, or make connections. If you’re in the United States, there should be less traffic on Monday, since federal offices are closed in observance of Veteran’s Day. The downside is that many cities reduce public transportation services on holidays, so if you do have to work, it could take you longer to get to your shop or office. It’s also a bank holiday, which can cause delays in receiving electronic transfers and payments by check.

Mercury trines Neptune on Monday, with Neptune stationed to return direct on Wednesday. We’re already feeling that shift. I get extremely sleepy around Neptune stations and have a hard time focusing. We’re all exhausted from the relentless stress of the past year and especially the past two weeks. If you can get some extra sleep, do try to make that a priority. Keep your dream journal handy, too, because you might get in touch with some long-buried memories, whether from this incarnation or others. The Moon is in Neptune-ruled Pisces on Monday and Tuesday, amplifying the sleepy, dreamy atmosphere.

Neptune and Pisces are also about escapism. If you need to “get away from it all,” try to do so in a way that doesn’t involve a lot of alcohol or mind-altering substances. “Under the influence” takes on a whole new dimension under the astrological influence of Neptune and Pisces. If you’re a highly sensitive type, you’ll probably want to avoid the stuff altogether.

On Tuesday, the Sun in Scorpio trines Jupiter in Cancer, with the Moon in Pisces making a trine to both. Jupiter went retrograde last week and is moving slowly, too (from our perspective here on Earth). Nevertheless, a Sun-Jupiter trine is just what we need after the hair-raising couple of weeks we’ve just traversed. Think back to mid-July. What was going well in your life? Did you start a new project or come across a new opportunity? If so, you may get some related news on Tuesday or Wednesday.

On Thursday and Friday, Venus squares Uranus and conjoins Pluto. Even in staid Capricorn, Venus is a beneficial influence. Not everyone is feeling the Uranus-Pluto square personally, but if you are, you’re probably going through some kind of a crisis that is forcing change at a fundamental level. It may be so deep within you that you haven’t been able to identify or name it. Venus helps connect the dots. That’s not to say that what comes up will be easy, and indeed it might be intense, but you might find that something suddenly “clicks” or makes sense and that you can confront issues that have been too difficult to acknowledge or deal with.

With the Full Moon approaching, you also might experience events related to the lunar eclipse on October 18 and the solar eclipse on November 3. If you didn’t notice anything unusual around either of those dates, it’s possible that eclipse-related events were stalled, since Mercury was retrograde. Besides that, we often don’t get the full picture that eclipses represent until 30 or 60 days later.

Venus rules Sunday’s Full Moon in Taurus, which reminds us about our material needs and desires, including the need to feel safe and secure. So many people are in precarious economic circumstances and fear for their survival. The Sun, Saturn, and Mercury are in Scorpio, which, among other things, represents the primal will to survive. Many years ago, when I lived in the redwoods in California, I encountered a scorpion in a wood pile. I’ll tell you, that tiny creature put the fear of God in me. The image is burned in my memory of how it stood its ground, tail curled, ready to strike if I stepped an inch closer. I could have smacked it with a log or shovel, but I backed off and let it be, and I made damn sure after that to wear gloves when I went out for firewood.

Taurus is more concerned about living well. The economy still being in the toilet, many people have had to revise their definition of what it means to live well. Now, that’s not entirely a bad thing, especially in the United States, where consumption has been totally over the top for far too long. It’s possible to live simply and well. Ironically, it’s the folks at the bottom of the financial food chain who are being forced to learn that lesson and not the wealthiest few who are consuming far more than their share of the national wealth. This imbalance is eventually going to have to correct itself, but if history is any indication, a correction of this nature usually involves violence. That scenario is all the more likely during the Uranus-Pluto square, which continues into 2015.

I’ve been too out of the loop for the past week to connect planetary cycles to world events, but many of you are quite adept at mundane astrology and can see the correlations. Hopefully by next week, I’ll be back up to speed.

In the meantime, hang in there, and get some extra sleep this week if you can.