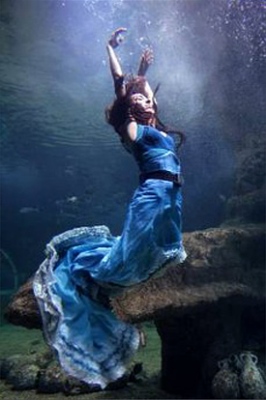 This week’s astrological aspects are mostly favorable, but I don’t need to tell you that world events are getting serious and seriouser.

That trend is going to continue – and with increasing intensity – the closer we get to the seventh and final pass of the Uranus-Pluto square in mid-March. This astrological phenomenon is so strong that it overshadows just about every other aspect for the next four months. The one exception is the Saturn-Neptune square, which is working synergistically with Uranus and Pluto.

As I’ve written before, the final Uranus-Pluto square is different from the first six in that the others took place with Saturn in Scorpio, which reinforced Pluto in Capricorn so that we saw militarized police forces brutally suppressing movements for greater freedom and civil rights. There have been other Uranus-Pluto themes, but the revolutionary tenor of the times is by far the most noticeable. With Saturn in Sagittarius, we now have a one-way relationship in which Pluto “feeds” Saturn, but not the other way around – at least, not until Saturn returns to Scorpio in mid-June on his retrograde path.

In the meantime, there is a trial period for popular movements to reorganize and plan more-realistic strategies with a better chance for success. One game-changing element could be that various movements around the world will unite in solidarity, Sagittarius being the sign of international affairs. In fact, it’s already happening. Earlier this month, a group of community organizers from Ferguson, Mo., traveled to Palestine in a show of support for Palestinians struggling against occupation by Israel. Last October, when Ferguson protestors called for a “Weekend of Resistance” against police brutality following the shooting of Michael Brown, Palestinian activists responded by sending a contingent to the United States to join the demonstration. Bonds like this have great potential to upset the balance of power.

Although we don’t hear much about it in the United States, there is a growing global movement toward balancing human rights with measures to control climate change. Advocates see it as an antidote to the ravages of capitalism, both on the earth and on income equality. In the run-up to the Uranus-Pluto square, my gut instinct was that ultimately the revolution would be a class war. Not that it took an astrologer to see that. Since the economic crisis of 2008 and the infamous Wall Street bailout, the income gap has widened between the rich and poor. Right before last week’s meeting in Davos, Switzerland, where billionaires gather annually to discuss how to save the world, a new report came out indicating that by 2016, the richest 1 percent would control more than half of the world’s wealth.

Poverty and income equality are now in the mainstream news, on a par with climate change. Ironically, the chickens are coming home to roost in the United States, where an estimated one-half of all households are now unable to meet their basic expenses. This is huge, a time bomb waiting to go off. Most people simply aren’t aware of it yet, because the official poverty statistics are rigged, and neither political party wants to light the fuse by exposing the truth. Even the so-called “progressive” wing of the Democratic Party is treading very carefully as we approach the official opening of the 2016 presidential campaign season. The idea is too radical for them, especially given the early signs that they are going to throw their support behind Hillary Clinton. That just proves that there really is no progressive movement in this country. Unless something happens to jar Americans awake – and that is likely with the Uranus-Pluto square rippling into the 2016 elections – it will be up to progressives in other countries to get the momentum going.

Greece just elected a leftist government that promised to renegotiate the 2010 international bailout deal imposing harsh austerity measures on the country. The revolution was driven primarily by young voters, who handed a clear victory to Alexis Tsipras, himself only 40 (July 28, 1974. Journalists describe him as “charismatic,” which is a keyword for Leo). “Greece is leaving behind the destructive austerity, fear and authoritarianism,” he said during his victory speech. “It is leaving behind five years of humiliation and pain.” Youth and revolution against austerity and authoritarianism. Nothing could better express the square between Uranus in Aries and Pluto in Capricorn. The pundits already are proclaiming it a historic shift with alarming implications for Europe and the euro (Pluto also represents debt).

Even though this week’s aspects seem tame against that epic backdrop, they do contribute to the bigger picture in some important ways. And, of course, they also have personal meaning, depending on where in your chart they take place.

On Wednesday, Mercury sextiles Uranus, the second of a three-part transit during his retrograde period. Sometimes the greatest flashes of intuition or sudden inspiration have to do with something we forgot or a problem we set aside for lack of a visible solution. What comes up could surprise you and might be pure genius. Mercury also conjoins the Sun on Friday, bringing more light to a subject we need to revisit or a conversation we need to repeat. Don’t get exasperated if the latter happens. Chances are, you’ll see something that eluded you first time around.

Mars sextiles Pluto on Friday and conjoins Chiron on Sunday. The latter may bring experiences that feel like picking an emotional scab or entering territory with another person that has brought you only heartache in the past. You may have decided that the only way to avoid a toxic conversation was to avoid a subject altogether or maybe avoid a person entirely. But there’s karma in this three-way relationship, meaning that you are linked with that person or event until you work out whatever it is that keeps drawing you back. I can’t promise that this is going to be pleasant, but Pluto’s long-term sextile with Chiron has been a subtle but powerful force for release, healing, and transformation. Open your heart and set your fears aside for now (unless there really is a risk of physical danger).

The one transit this week likely to be felt both personally and within the collective is the entry of Venus in Pisces on Tuesday. Venus rules Taurus and Libra and so is strongly placed in those signs, but she is said to be in her exaltation in Pisces. Venus in Pisces is romantic, sensitive, empathetic, and tender-hearted to a fault. One of my favorite songs from Paul Simon’s Grammy winning album Graceland is the story of the girl with diamonds on the soles of her shoes. The line about being taken for granted because she pleases is fitting for Venus in Pisces. Besides that, shoes are a Pisces thing, Pisces being ruler of the feet. Depending on where Pisces falls in your natal chart, Venus can be your muse and put you in touch with your intuition. Dreaminess and romantic sentimentality can take over your senses on Sunday, when Venus conjoins Neptune, modern ruler of Pisces. I’m all for escapism under the right circumstances. Neptune rules film, so take an opportunity to indulge in your favorite romantic comedy, all the better if it’s an adaption of a Jane Austen novel.

In world events, Venus in Pisces balances the energy of Mars in Pisces as both “feed” Neptune. With Saturn and Neptune approaching a square, it’s almost time to wake up. The extent of poverty in the United States is just one example of the kind of issues that might suddenly open people’s minds. I have to tell you that after discovering those income statistics several weeks ago, I had more sympathy for the folks who leave cruel comments on news sites about paying taxes to support the “lazy” poor people. Some of them may indeed be lacking in compassion, but with half of American households barely scraping by, there’s a good chance that many of the people leaving those comments are in that category. I also have no doubt that financial stress is causing many of them to be depressed. I hope something can be done to help these folks understand that it isn’t the poor who are bleeding the economy dry and forcing up their taxes. And I do think they should get tax breaks. It’s unfair that anyone should have to pay taxes before they’ve met their own basic needs and those of their family. I liken it to the overlord demanding crops from the peasants to pay for his crusade to the Holy Land, leaving them with nothing to eat but turnips and gruel. Policymakers have reliable numbers on household financial requirements and have studied alternative ways to measure poverty since 1995, but they have made a deliberate decision to stick with a long-outdated formula. That’s reason enough for a revolution.

As a final thought this week, I leave you with an interview with Eckhart Tolle. It’s an appropriate message for three planets plus Chiron in Pisces.