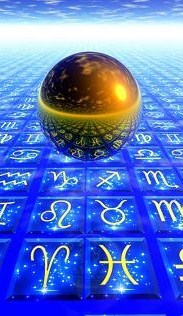 RealAstrologers was founded by Pat Paquette and Diane Lang in March 2008. Initially created as an Internet boutique offering a broad array of personalized reports and forecasts, the site now has an international readership with users in 180 countries on six continents and is on the cutting edge of taking astrology into the future as a widely accepted tool for personal and professional development.

The long-term business plan for RealAstrologers draws on Pat’s background as an astrologer, writer, and editor for an international website selling computer-generated reports. Although inexpensive, computer reports fail to synthesize all the aspects in a chart, resulting in a hodge-podge of conflicting information without any idea of what’s really happening in a client’s life.

Following Diane’s departure in March 2010, Pat designed a unique set of “hybrid” reports and forecasts that combine high-quality computerized reports with Pat’s own analysis and special features not offered on any other site.

The result is that clients still get the personal attention they deserve, at very affordable prices. Whether you’re asking about a love relationship, a job, your finances, there’s a RealAstrologers report to help you find the answers you’re looking for.