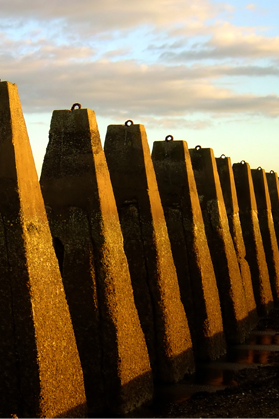 If it seems like you’re still going back over old ground this week, it’s probably because you are.

Last month, Mercury went retrograde in Capricorn right after crossing the critical degrees of the summer’s cardinal T-square. Mercury and Mars were in close conjunction, too. For many of us, that meant revisiting pressing matters that arose over the summer. Then Mars moved on, and Mercury went back into Sagittarius.

The Messenger returns to Capricorn on Thursday, January 13, and makes a third and final pass over those critical T-square degrees. This is usually when we find resolution. Since Mercury also rules commerce and business negotiations, you may have a chance to renegotiate a contract or verbal agreement that didn’t quite work out for you in early December.

Mercury is a busy little guy this week. Before returning to business-like Capricorn, he makes contact with Jupiter, Uranus, Neptune and Chiron, who have been tracking so closely over the past several months that I’ve started thinking of them as “the usual suspects.” A contact to one means a contact to all, and the only reliable interpretation I can make at this point is that whatever happened to you over the summer (and what happened in the world at large) becomes a dominant theme again this week.

[callout]Whosoever tells the truth shall be chased out of nine villages. ~Turkish proverb[/callout]

Taken as a whole, this week’s Mercury aspects allow us to see circumstances more clearly, which in turn helps us form a better strategy for moving forward. The Mercury-Uranus square on Monday may be disruptive, but sometimes we need a little disruption to light a fire under us and knock us out of a familiar but unsatisfying and unproductive rut. Doing things the way they’ve always been done is not an option now.

I recently started reading The Discoverers, by Daniel Boorstin, who writes that the obstacles to discovery are “the illusions of knowledge.” The whole book is based on this theme, that beliefs ingrained in human consciousness can prevent the acceptance of truth. The discoverers of these new truths often are vilified and persecuted.

A client recently sent me the following quote, ostensibly an old Turkish proverb: Whosoever tells the truth shall be chased out of nine villages.

Mercury in Sagittarius often results in inconvenient truths, and with a square to Uranus in Pisces, those truths indeed could upset the collective perception. The situation that springs immediately to mind is WikiLeaks and attempts by the U.S. Government to find grounds to prosecute WikiLeaks founder Julian Assange and his colleagues.

Mercury in Sagittarius square Chiron in Pisces says that the truth can be painful, but it also will set us free.

Mars sextiles Uranus on Wednesday and Jupiter on Thursday, suggesting that action will follow thought. Since a sextile is a favorable aspect, we can assume that the action should be positive. If you have a chance to act on a situation, these are excellent days to do so. Uranus often introduces an element of surprise, so be prepared to move quickly and decisively.

On Saturday, Mars enters Aquarius, where action benefits the collective, humanitarian causes, technology, and perhaps even astrology. In any event, it’s time to try something new and experimental.

By the way, Boorstin’s book talks about how astrology paved the way for science, a fact often overlooked by scientists and academics. I do believe that we’re on the cutting edge of bringing astrology back in the mainstream, albeit with a new approach that gives it more credibility.