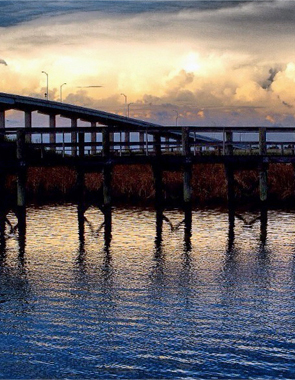 It has been a tough week here. I started coming down with something about a week ago, and it flattened me. Surely it was no coincidence that last week’s eclipse was in my sixth house, with Mars in conjunction. It’s not uncommon for sixth-house Mars transits to correspond to colds, flu, and viral infections.

It appears that I’ll live this time, but I’ve been drowsy and mentally very slow. Or was that just Mercury in Taurus? We’ll find out this Wednesday, when the Messenger enters his own speedy sign of Gemini. Isn’t it just grand being a guinea pig in the great cosmic lab?

I’ll get to Mercury in a bit, but the bigger news this week is the approach of the Uranus-Pluto square on Monday, May 20. As I write, the square is half a degree from exact – as they say, “close enough for government work.” Actually, we’ve been feeling this influence for months already, as events associated with outer planetary transits happen over time, and they often are part of unfolding trends. If we look back to the Uranus-Pluto conjunction in the mid-60s, we find that events continued to unfold for two or three years following the last exact alignment in July 1966. Indeed, the year from that era we most remember for changing civilization as we knew it was 1968.

So, this is both good news and bad news. The good news is that we don’t have to fear that the world is going to blow up in the next couple of weeks due to the exact square of Uranus and Pluto. The bad news is that some idiot could blow it up independent of Uranus and Pluto. OK, just kidding. The bad news is that we’ve still got two more years of exact alignments of the square, followed by another couple of years of aftershocks. In other words, the turbulence we’re going through now is going to remain a major trend for a long time. Of course, that doesn’t mean that life is going to suck for each and every one of us. Many will find new opportunities and prosper. And many will face challenges that are reflected in their individual charts and that have nothing to do with the Uranus-Pluto square.

There are two messages from this square that I try to keep in mind at all times. First, recent events are reminding us that we are all connected, not just with each other in this incarnation, but with the collective unconscious throughout all time. When a garment factory goes up in flames in Bangladesh, we’re connected to those workers, whether or not we just bought a bargain T-shirt at H&M that was made in Bangladesh. When I lived in France, I was constantly impressed by how well the family I lived with knew where everything on their table came from. I used to joke with them that they knew the name of the goat that gave the milk for the cheese they were eating.

And that brings me to the second message. We’re not going to be able to fight “big bad government” the way it was done in the 60s – not that they had much success, either, but we’re definitely at a point where protesting is deadly. Some causes are worth fighting and dying for, but many are not, and getting together for an afternoon to smoke a joint, carry a sign, march topless, or dress as a vagina isn’t going to do much except get your photo in the news, which should not be mistaken for “doing something” about the problem. Saturn in Scorpio in mutual reception with Pluto in Capricorn favors big government, corporate domination, and wannabe tyrants, but it also favors coming up with practical solutions to build a more sustainable future. The thing is, each of us needs to decide whether we’re going to continue buying into the current paradigm, or whether we’re going to opt out. If we choose the latter, what does that look like?

We can’t wait for our leaders (sic) to do the work for us. They’ve screwed up the economy beyond recognition, so what makes us think they have the ability or the will to fix it – or, at least, to fix it in a way that benefits anyone but themselves? We’re going to have to make up our own economy, based primarily on used goods and local services. To do that, we need to shift our value system. What’s more important, having the latest fashion (dictated by someone else) for your friend’s birthday party, or looking fabulous in a dress you’ve worn several times and received many compliments on already? I know, that’s kind of a trivial example, and perhaps not anything I need to preach to readers of RealAstrologers, highly aware bunch that you are. But you get my point. I minored in economics in college and have been thinking about this a lot lately.

Of course, where we get our news is a big consideration, too. Joe and I have had an ongoing e-mail exchange about news sources. The corporate media in the United States have devolved into little but mouthpieces for government and can’t be relied upon to do any serious independent investigation. The alternative media typically have an agenda and are biased. And you have to be very careful about some of the so-called “news” sites on the Internet. Anyone can call himself a journalist. Believe it or not, being a good reporter really does require training and experience. I recently read a terrific article on the nature of journalism in America by Ron Unz. Ironically, he’s the publisher of a conservative journal co-founded by Pat Buchanan. Go figure. But he hit the nail right on the head. It just goes to show that neither political party has a monopoly on the truth.

And what better segue to get us back to astrology than news, which falls within the domain of Mercury, ruler of Gemini. Gemini likes a little information on a lot of subjects, and it wants it fast! When I think Mercury in Gemini, I think of The Huffington Post, which crams everything from breaking news to the latest congressional hypocrisy and celebrity cleavage onto one page. It puts me in overwhelm mode to the point of nausea. But my Mercury is in Capricorn, so there you go. Gemini people no doubt eat it up like popcorn.

Venus also is in Gemini this week, tracking slightly ahead of Mercury. They both square Neptune – she on Monday and he on Saturday. Normally, we think of Venus-Neptune squares as ripe for delusions about love and attraction, and that may well be true. However, there may not be much discernible difference between Venus in Gemini squaring Neptune and Mercury in Gemini squaring Neptune this week. In both cases, illusions or delusions – be they about love, picking winning lottery numbers, or selling your screenplay to Spielberg – will come and go so fast you may not remember them long enough to do yourself any real damage. News headlines may be confusing, and “facts” could change from one minute to the next. As Lou Reed sings in “Last Great American Whale,” Don’t believe half of what you see, and none of what you hear.

Also on Saturday, Venus sextiles Uranus. This is also a fairly fast and fleeting aspect, but it’s definitely more cheerful. Have a latte or a drink with a friend. This is a good shopping aspect, too, so do something different (Uranus) and visit a local consignment or thrift shop. One of my former classmates in film school got her entire wardrobe at Value Village. I’m not sure what I’d call her style, but it definitely was all her own.

Since I’ve made so much of the Uranus-Pluto square and all the seriousness it entails, I’d also like to remind you that we’ve have a rare and special grand trine coming up in July that will provide some temporary relief from all this depressing stuff. I mentioned it in my 2013 video, but I’ll have more about it in future columns. In the meantime, Ray Merriman had some interesting comments in his weekly forecast about how it might correlate to developments in U.S. politics and finance.

In case anyone missed the Thursday Q&A, I was too out of it to write this past week (I also am behind on reports and e-mails, so if you haven’t heard back from me, please be patient). I’ll have a new Q&A post this week … well, unless some idiot channeling Uranus and Pluto blows up the world.