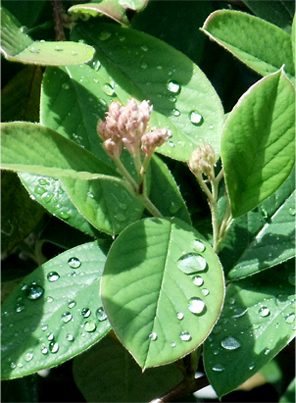 The astrological waters are still a little choppy, but we’ve pulled through the eclipse season, and this week we have some important shifts, along with a fortunate conjunction of Mercury, Venus, and Jupiter.

Venus and Jupiter are the “luckiest” planets in astrology, and while they conjoin every year, a triple conjunction with Mercury is rare. The conjunction occurs in Gemini, which is ruled by Mercury, so the areas that receive the most benefit are likely to be in the realms of finance, business, ideas, knowledge, and communications. Indeed, you might get too much of a good thing.

Mercury conjoins Jupiter on Monday, which is Memorial Day in the United States. Most business will be closed, and if you have to work, you’ll likely have a quiet day. Tuesday could more than make up for it, though, when Venus takes her turn with the Big Guy. The aftereffects will last into Wednesday and perhaps even Thursday.

With Venus in the picture, I think most of the news will be favorable. However, the eclipses could take a month or more to play out, and we’re still well within the hit zone of the Uranus-Pluto square. I truly hope that the Venus-Jupiter conjunction will bring a ray of hope to places in the world that have been ravaged with disasters, both natural and manmade.

Speaking of which, the bridge that collapsed was north of Seattle, so of course I’ve been following that story. Our Department of Transportation is notorious for passing the buck on just about everything, and it appears they’re trying to worm their way out of responsibility by declaring the accident a fluke and blaming it on the driver. The department is on the record as saying the bridge was safe, despite its rating as structurally deficient and functionally obsolete – a rating shared by more than 11 percent of bridges in the United States. Incidentally, the bridge that collapsed in Minneapolis in 2007 also was rated structurally deficient. No cause for concern whatsoever. According to the Federal Highway Administration, it would take until 2028 to repair aging U.S. bridges, at a cost of more than $20 billion annually. We’re not spending anything close to that, and while there’s been some talk that the Skagit River bridge collapse might generate a necessary discussion, I’m not holding my breath. Catastrophes are happening at such a frightening rate these days that we quickly forget the last one and move on to the next.

In January 2008, when Pluto moved into Capricorn, I wrote about the implications for the nation’s infrastructure (you can read in my archive). Saturn, ruler of Capricorn, is about structure, and one of Pluto’s functions is to destroy the rotten and outdated. With Pluto in Capricorn and Saturn in Scorpio, we’ve got a double dose of destruction – all with the purpose of transforming, but it doesn’t happen overnight. Uranus, meanwhile, is a volatile, explosive energy, and he also rules wind storms.

With Uranus in Mars-ruled Aries, it’s important to keep track of Mars. As it so happens, the planet of action and aggression enters Gemini this Friday. Gemini is an air sign, so I think high winds will continue to make headlines. On Saturday, the Sun in Gemini forms a lively sextile with Uranus, which should be mostly positive. This is a signature for still more bright ideas, flashes of inspiration, spontaneous self-expression, and random acts of creativity.

After Mercury and Venus conjoin Jupiter, they both enter Cancer – Mercury on Friday and Venus on Sunday. Cancer is far more touchy-feely than Gemini, which often confuses talking about feelings with the feelings themselves. Mercury in Cancer has the advantage of talking very effectively about feelings, and with Venus in Cancer, too, authentic feelings will surface. This is a nice combination for caring and kind words. You can never have too much of that. As they progress through the early degrees of Cancer, Mercury and Venus will form a grand trine with Saturn and Neptune (exact next week). The big trine comes in mid-July, when Jupiter forms a grand trine with Saturn and Neptune by exact degree, but in the meantime, we’ll get a mini version, and perhaps we’ll even get a taste of things to come. My take is that we’re about to have a wide window of opportunity to turn our big ideas into reality and maybe even make some dreams come true. All this breaking down has to clear the way for something new, right? It wouldn’t be a bad idea to start thinking about what you want in place of what you don’t want. I have been. It’s a discussion that should be taking place now.

In general, this week’s transition might feel something like my day. This morning, I awoke to the sound of rain hitting the leaves outside my window. It remained dreary until a little after noon, when the sun emerged from behind the clouds. Suddenly, it was if it had rained diamonds. And I’ve never heard such hysterically happy birds. I wish I could record them for you. I’m still in a dark place, moving slowly, with a mind that feels like it’s got a few loose wires. But it’s impossible not to respond to raindrops sparkling in the sunlight, birdsong, and the depth of the green after a storm. It’s not for nothing that Seattle is nicknamed the Emerald City. The sunshine didn’t last long (we call these quick appearances “sun breaks”), but it was just long enough for me to snap a photo. Raindrops in sunshine, such an incongruous image. But that may be the way it is for a while.

I leave you with this NASA video of the triple conjunction. If the sky is clear where you are, step outside at sunset and enjoy the show.

4 thoughts on “Weekly Forecast May 27: Mercury and Venus Conjunct Jupiter”