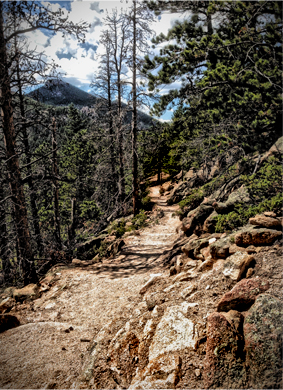 As I was researching the news headlines to write this post, I was reminded of the tagline for the television series, The X-Files: “Trust No One.”

It used to be that you could always trust The New York Times to deliver the facts, but those days came to an abrupt halt after it came out that its reports about weapons of mass destruction in Iraq were completely untrue. Based on unnamed government sources, the articles bolstered the case for the Bush administration to invade Iraq.

Democracy is based on an informed citizenry, but where are we to get reliable information? I barely believe a word I read anymore. The corporate media can’t be trusted. Media watchers blame the failure to investigate and report government wrongdoing on post-9/11 hysteria, but that was 12 years ago. As I see it, Pluto’s entry into Capricorn in 2008 is the bigger indicator – even more so since Saturn entered Scorpio last October, putting Saturn and Pluto in mutual reception (each in the sign ruled by the other). This is Big Brother on steroids. It’s no surprise that as governments become increasingly authoritarian, they set all scruples aside and spare no expense in going after the whistleblowers. Add Uranus into the mix, and you’ve got a recipe for deadly suppression of rebellion. And then along comes Jupiter and inflames situations even more.

Several events in the past week can be traced back to late 2010 and early 2011, when Uranus was moving toward the square with Pluto, and Jupiter in Aries conjoined Uranus and then “carried forward” his energy to a square with Pluto. In February and March 2011, with the square between Jupiter and Pluto close to exact, Mubarak resigned in Egypt, protests broke out in Syria, and a powerful earthquake caused a meltdown at the Fukushima nuclear plant. As Jupiter approached opposition to Pluto earlier this month, Egypt experienced the worst political violence in recent history. A massive underground reservoir of radioactive water began leaking from the Fukushima plant into the Pacific Ocean. In Syria, chemical weapons killed at least 350 and injured thousands more. It appears that the government is responsible, but it has officially denied it and blames the attack on anti-government rebel “terrorists.” As I type, the United States is moving an additional Navy destroyer to within target range of Syria, and the Obama administration is considering its “options.” There’s hardly a mention anywhere of the Israeli government, even though it defies credulity to think they aren’t involved big-time.

In addition to those breaking stories, Bradley Manning, who has asked to be called Chelsea from now on, received a 35-year sentence for blowing the whistle on military abuses in Iraq. The British police – apparently with the approval of the Obama administration – detained the partner of Guardian journalist Glenn Greenwald and confiscated his laptop and other electronic devices. A few days later, sensitive intelligence information was mysteriously leaked to another British paper, which quoted an unnamed source and said the material was contained in the files copied by NSA whistleblower Edward Snowden. It looks an awful lot like a government plant.

There’s so much lying going on that we don’t know what to believe. So most people believe what makes the most sense to them, given their experience, political beliefs, mental filters, and other biases. You have to wonder whether Homo sapiens has devolved into Homo dementis.

I do think we may get some clarity this week, and I also think it’s possible that political crises can be defused, at least temporarily.

Through the middle of the week, Venus transforms the cardinal T-square of Jupiter, Uranus, and Pluto into a cardinal grand cross. Although this sounds kind of scary, it could turn out to be beneficial. Venus in Libra is the diplomat of the zodiac, and while a square to Pluto suggests power struggles, diplomacy may win out … this time. That won’t always be the case. Reason and clarity prevail with Mercury in his home sign of Virgo. The Sun also is in Virgo, which may help tone down some of the rhetoric and posturing. Virgo is analytical and wants “just the facts.”

Both the Sun and Mercury sextile Saturn and Jupiter this week, and they also trine Pluto – Mercury on Wednesday and the Sun on Sunday (September 1). The trine is a favorable aspect, and when it connects to a planet in a tense formation like a square or opposition – in this case, Pluto – it provides a pressure valve to release pent-up energy. Mercury is the communications planet, so I’m hopeful that the release will be in the form of the factual news and information we’ve been waiting for. Maybe there still is a news organization on the planet with the integrity to report the real news. For that matter, The New York Times might even redeem itself by working with the Guardian on the NSA story. That’s not to say it’s all going to be good news, but at this point, we just want to know what’s really going on. People are tired of the secrets and lies.

Now, before that happens, we have an opposition from the Sun and Mercury to Neptune. It will be over by Tuesday, clearing the way for the truth to come out. Matters could be somewhat obscured on Sunday and Monday, though. Or, perhaps some facts will be revealed that are so seriously disturbing that many people will prefer to remain in denial – more than usual, anyway. This is all the more likely with Venus opposing Uranus on Monday. The truth could be downright shocking.

I also need to mention that Mars enters Leo on Tuesday. Mars hasn’t been a happy camper in Cancer, and when he changes to a compatible fire sign, his entry could be dramatic. There’s also the possibility of some saber-rattling here, although, taken together, all the other aspects this week suggest that the pissing contests will be toned down for now. Next week, different story.

What I’ve written above also can apply to our personal lives. Perhaps a frank discussion about a relationship will result in information that helps you make an objective, rational decision. Or you could defuse a tense situation at work through an honest dialog that sticks to the facts. A level playing field can be restored upon the revelation of secrets intentionally kept in order to tip the balance of power. Depending on where they fall in your chart, Venus and Uranus could signal love at first sight, a sudden financial opportunity, or an unexpected social invitation.

Before I go, I want to tell you about a disturbing experience I had earlier this week and to ask for suggestions. I was doing a Google search and came across some text that looked an awful lot like my writing. Imagine my shock when I clicked on the link and found a blog displaying all of my posts since last October, in their entirety, without any attribution, and with only one faint, unidentified link back to RealAstrologers. There were posts by a couple of other astrologers as well, and the site was plastered with obnoxious Google ads. After spending more than an hour trying to find out who owned the blog and how to contact him, I wrote a terse e-mail giving him 48 hours to remove all of my content from his site. He replied that it was “completely legal” to repost RSS feeds! He did, however, comply with my request.

It is most certainly not legal to post someone else’s work and make it look like original content. However, as I investigated my options, I discovered that web scraping, as this is called, is not uncommon, and the only way to prevent it is to truncate my RSS feed.

When the Creative Commons license first came out, I supported it and attached it to all my work. The idea behind it is that sharing information enriches everyone and creates a more informed community. I also believe that the way to cope with the enormous stress we’re all facing is to band together. But when I come across people like this who feel entitled to take whatever they want, I’m not inclined to want to share freely. Moreover, Creative Commons licenses just encourage stealing. The whole thing was all the more infuriating in that I spent more than two days researching the applicable law rather than catching up my work.

Truncating my RSS feed means that all of you who have been receiving my forecasts via e-mail would get only a short paragraph and would have to visit my blog for the rest of the article. That would be my best protection, but it would be an inconvenience for my subscribers. A Facebook reader suggested adding a copyright notice to each article, so I thought I’d try that for a while and see how it goes. Meanwhile, if anyone has any other suggestions, please contact me or leave a comment. And if you come across any violations, please let me know right away.