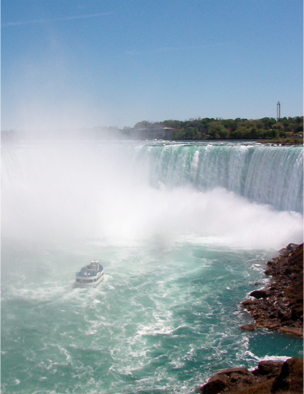 Astrologically, there’s not much going on this week, so we should have some breathing space to adjust to developments over the past month and make room for what’s to come.

The only major planetary aspects this week are a trine from Mercury to Mars on Friday and a square from Mercury to Saturn on Saturday. The Mercury-Mars trine is perfect for discussing relationship issues in a detached manner with a good amount of give-and-take. I suggest you do this now, because Mercury enters into the shadow period mid-week ahead of his station retrograde on February 6.

Many of us avoid talking about things that bother us, because we want to give the impression that we’re cool, we can let the little things roll off our backs, and we can allow others their quirks. If you truly can do that, go for it. But more often than not, the little things start adding up, and then you’ve got one complicated mess that’s hard to untangle. It’s usually better to talk about the small things and air your concerns while you can still be cool about it. Also, the risk of misunderstandings increases after Mercury turns retrograde.

That said, you may meet with some resistance this week, causing one or both of you to “back off” without resolution. Although you can’t force anyone to talk, look for an opening, even though it might take some work. If you do end up in an argument, do your best to find a compromise – and remember, “compromise” typically means that you don’t get everything you want. If you can’t live with it, you’ll need to spend some time alone to reflect.

Saturday’s Mercury-Saturn square is good for solitude and gaining insight into sticky problems. The downside is that it can be depressing, all the more so with the Moon conjunct Saturn less than two hours later. You’ll need to be mindful not to automatically grab onto the worst-case scenario. Relationships go through rough patches, especially when one person is working to change and grow. Try to focus on the overall balance in the relationship. If you’re not getting what you need, is it because your relationship is a one-way street, or is it just going through a natural fluctuation? Some people are able to maintain a constant state of give and take, but others maintain the balance over time, with periods in which one or the other needs more support.

The Mercury-Saturn square also favors mental work, especially regarding finances. The weekend is a great time to round up your tax documents to give to your accountant. If you do your own taxes, get working on it now. The reward could be an early refund. If it turns out that you owe, at least you’ll know so that you can budget ahead for April. Essentially, any task requiring concentration and focus will be easier under this influence.

The most difficult day of the week is Wednesday, when the Moon in Libra revisits the challenges of the New Moon on January 1 and the Full Moon on January 15. The charts for both of those astrological events contain intense cardinal energy (the cardinal signs are Aries, Cancer, Libra, and Capricorn), which represents breakdowns, loss, and sudden and fast change. There could be some repeats of recent situations and possibly some new developments.

As we’re swept along with the tide, it’s hard to see where we are or where we’re headed, let alone the purpose to it all. Change by nature is disruptive, and change on a planetary scale is accompanied by widespread tension, fear, and anxiety. Even those like me who have a lot of fixed energy in their charts and are normally able to remain grounded are experiencing a lot of anxiety, much of it due to the inevitable changes (we fixed signs have a hard time with change) and the gross uncertainty about what lies ahead. I know, that’s ironic coming from an astrologer. All I can say is that it’s like meteorologists predicting tornadoes. They can see the big storm coming, and they know that conditions are right, but they don’t know how many tornadoes will touch down, where, or how much damage they’ll cause.

Notwithstanding, I think that aspects mid-week will help us recognize the path we’ve been on and to see it as a continuum. And that recognition may be precisely what helps us adjust and regain some balance. The next lunar cycle contains the same turbulent energies, but also holds the potential for some good news, innovative solutions, and long-overdue rewards. And remember, Pluto remains in positive aspect to Chiron, so the undercurrent of healing energies is ever-present. The healing process can be painful, but it eventually leads to regeneration.