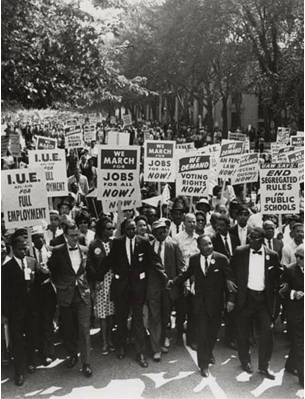 If last week was an indication of what’s to come later this month, we’re in for a wild ride indeed.

I wrote in my previous forecast that the Sun’s connections with Jupiter, Uranus, and Pluto mid-week might provide us with some hints about what to expect when those three planets form exact angles to one another starting on April 20, followed by close contact from retrograde Mars April 22-23.

Among last week’s major events were the mega-earthquake in Chile and the shooting at Fort Hood, Texas. A third event, which didn’t get much coverage, was an explosion at a gas plant on the border between Washington and Oregon. I’m including this one, because the chart is very interesting and might provide still more clues about the timing of events related to the intense and very rare planetary configuration that has been building since last August.

The Fort Hood shooting happened on Wednesday, the day the Sun conjoined volatile Uranus. The chart has the Sun as its ruler, with both Sun and Uranus in the eighth house of death and regeneration. The Moon, representing emotions, is sextile Mercury, whose functions include intellect and logic. However, Mercury in Pisces is more imaginative than rational. Neptune, the modern ruler of Pisces, is associated with self-delusion and distorted reality, as well as psychotropic drugs. The sextile is generally a favorable aspect, but both the Moon and Mercury are in a jarring inconjunct with retrograde Mars in Libra, putting a very dangerous Mars at the apex of a Yod, also called the finger of God. Mars is the planet of combat.

Although only a small percentage of people react to stress this way, it’s still a reminder that we are all under enormous pressure right now. Just when we think we can’t stand any more, something adds to the load. For some, it is no longer bearable.

The chart for the earthquake off the coast of Chile has Jupiter dramatically positioned on the Midheaven opposite Pluto on the nadir, cusp of the fourth house. In mundane astrology, the fourth house rules the land itself.

The gas explosion happened on Monday, March 31. What interests me most in this chart is that the Moon is opposite Mars by exact degree and minute. In effect, the Moon “carried forward” the energy of the New Moon and Uranus to Mars. Mars-Uranus aspects can be literally explosive. This might gives us some indication of events near April 23, when Mars and Uranus are in exact opposition. I’ll be watching this Tuesday’s opposition from the Sun to Mars to see whether there will be any similar corresponding events.

The cardinal grand cross begins its approach to exact just as Pluto turns retrograde on Monday, April 14. Planetary energies are at their most potent when a planet shifts motion. Since Pluto is so far from the Sun, he moves very slowly from Earth’s perspective. When he turns retrograde or direct, he can remain at the same degree for months and in fact has been since the end of February. More pressure, more intensity. Sorry.

As if that’s not enough, the rare alignment of planets occurs in the two-week period between eclipses, which magnifies the potential, both for destruction and for breakthroughs. We are in scary times; I can’t tell you otherwise. However, I feel like I need to keep reminding everyone that any breakdowns that occur are clearing the way for new structures. That applies to individuals as well as governments, world organizations, and other systems. Eclipses also tend to bring rapid change, so between the cardinal power surge and eclipse energy, there’s a potential for major shifts.

The lunar eclipse on April 15 is the first of a series of four total lunar eclipses in a row between April 2014 and September 2015. This is a relatively rare phenomenon called a “tetrad.” NASA has a great video explaining the phenomenon from an astronomical perspective. There has been a lot of Internet chatter about Biblical prophesies, the Second Coming, and speculation about the coincidence of the tetrad with important Jewish holidays. I have my own theory about the Second Coming of Jesus; in fact, it was in one of the first blog posts I ever wrote. Is it possible that all of this intense planetary activity is related to a sudden advance in human consciousness? One can only hope. As for events related to Israel, peace talks are about to collapse – no surprise, given the cardinal T-square inching toward a grand cross with retrograde Mars in Libra. It’s not a stretch to imagine that circumstances in that country could be in for a big shift very soon.

In fact, the shifts already are occurring. With long-term planetary alignments such as the one currently unfolding, world-changing events can take place at any time during the period of influence – in this case, several years. Still, events last week occurred when aspects were close to exact, including an actual physical shift in the form of an earthquake.

There are two other transits this week worth mentioning. On Monday, Mercury enters Aries. On the positive side, thinking is fast, clear, and action-oriented. On the not-so-positive side, Mercury in Aries speaks first and thinks later, adding to conflict through impulsive and inflammatory speech – the kind that can incite a riot. At the eclipse on April 15, Mercury will be conjunct Uranus by exact degree, squaring Pluto by exact degree and opposing Mars by 3 degrees. Information can be explosive, especially for those who finally are waking up to political and economic realities.

In individual dealings, it could be nearly impossible to hold your tongue. Do whatever it takes to remind yourself to take a deep breath, count to ten, and take a time-out if necessary.

Friday could prove to be the exception, when lovely Venus in Pisces conjoins dreamy Neptune. This is a merge-into-oneness, “We Are the World” aspect. Unfortunately, it lasts for only a day. Or maybe fortunately, since the flip side of the Venus-Neptune conjunction is confusion and possibly even deception in matters of the heart. A spontaneous proposal to run off to Las Vegas and get married might seem enchantingly romantic, but you’ll regret it in the morning.