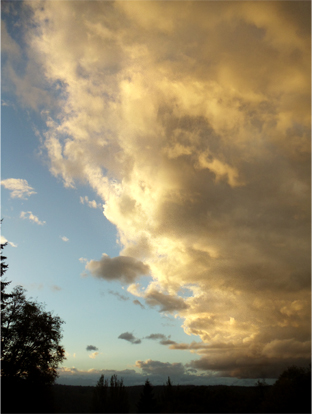 There was a discussion recently in an astrology forum on Facebook, initiated by an old-time astrologer who ridiculed his colleagues for giving any credence to events related to Mercury retrograde.

I was all the more surprised when several others chimed in to agree with him. It’s not the first time I’ve read other astrologers pooh-poohing Mercury retrograde.

Granted, it’s tricky assigning a particular event to an astrological signature, especially since there’s often more than one working together. It’s also true that mix-ups we normally associate with Mercury retrograde happen when he’s moving forward. In some of those cases, though – at least in my personal experience – Mercury was part of a difficult planetary configuration.

Right on cue, I started having computer issues and Internet connection problems about a week ago. The latter began during Mercury’s previous retrograde and then subsided. Everything was going great until last week. I had planned on writing the forecast last night, as I want to get back to posting on Saturday. But I had a scare when my computer shut itself off for no reason and figured I’d better back up all of my files without delay. I should have done it two weeks ago. Like doctors, astrologers don’t always follow their own advice.

I can say without qualification that the worst computer issues I’ve ever had were during Mercury retrograde periods. A few years ago, I wrote about a lemon of a computer that was purchased for me over my strong objections during Mercury retrograde. I had nothing but trouble with that machine, which lasted barely two years before going belly up in December 2009. Mercury wasn’t yet retrograde and was still a couple of days shy of his pre-retrograde shadow period. However, on the day of the meltdown, he conjoined Pluto in Capricorn in a tight square to Saturn, Capricorn’s planetary ruler. It’s reasonable to expect that a challenging aspect such as this involving Mercury would behave like a retrograde, especially when the actual retrograde period is just a few weeks away.

Depending on where Mercury is transiting your natal chart, you could be having an easier-than-usual or tougher time during this retrograde, which ends on October 25. When my computer melted down in 2009, Mercury was in a retrograde phase conjunct natal Mercury, while Pluto and Saturn both were aspecting critical chart points.

I’ve noticed, as many of you have, that some retrograde periods are more intense than others, and the timing can be different. Some are more troublesome in the pre-retrograde shadow phase, while others don’t seem to “kick in” until halfway through. As of early this week, we are at the halfway point, and we’ve experienced enough disruption so far that I don’t think this one is going to be a late-bloomer, not collectively anyway.

An interesting pattern that has emerged over the past few days is the revisiting of government secrecy and covert operations. On October 4, Mercury turned retrograde in Scorpio, the sign of deep secrets and the criminal underworld, among other things. This past Friday, as the Messenger sat at 0 degrees Scorpio before returning to Libra, Focus Features released Kill the Messenger, a film based on the true story of journalist Gary Webb, who in 1996 wrote a damning series for The San Jose Mercury News on how CIA-backed rebels in Nicaragua in the 1980s created a cocaine epidemic in the United States in order to fund their effort to topple the socialist government. The three largest U.S. newspapers, rather than digging deeper into the story, ganged up on Webb and discredited his reporting. His editors, under government pressure, threw him under the bus. Eventually, he was vindicated, but in the meantime, his life fell apart and he committed suicide.

I often refer readers to Consortiumnews.com, an alternative news site founded by Bob Parry, a former reporter for The Associated Press who was among the first to break the Contra-drug connection in the 1980s. Parry, one of the few journalists who openly supported Webb, notes that reviews of Kill the Messenger in the mainstream media have been lukewarm at best, no doubt in part because they were the biggest villains in the film. More importantly, they can’t admit they were wrong and that journalistic standards have sunk even lower in the past 20 years.

The evening before Kill the Messenger was released, a documentary based on Webb’s reporting premiered in Atlanta. Freeway: A Crack in the System, focuses on how the influx of crack cocaine in the 1980s destroyed primarily black inner-city neighborhoods. The film will be released this Friday.

Neither film has generated the headlines of the new documentary about NSA whistleblower Edward Snowden, which premiered Friday at the New York Film Festival. Citizenfour was produced by investigative reporter Laura Poitras, who with Glenn Greenwald broke the story in The Guardian in June 2013 about classified documents leaked by Snowden that revealed the extent of U.S. government surveillance. By the time the film was shown on Friday evening, Mercury had backed up into Libra, but barely. The documentary opens in U.S. theatres on October 24 – the day before Mercury returns direct and the day after a solar eclipse at 0 degrees Scorpio. You have to love the synchronicities in astrology.

It remains to be seen whether there will be any backlash from of any of these films, or whether they will elicit a fleeting meh. It’s not as though most of the content isn’t already public; however, pictures and live interviews can be more powerful than words on a computer screen.

Mercury teams up with the Sun and Venus in Libra and Mars in Sagittarius for a series of supportive aspects this week. The Sun sextiles Mars on Wednesday. On Thursday, Mercury conjoins the Sun and later in the day sextiles Mars. Mercury and Venus conjoin on Friday. Libra is a sign of equality and justice, while Sagittarius is the truth-seeker. New facts may come to light that make justice and vindication possible. The truth doesn’t always compel people to act, but with Mars in the equation, there’s no lack of courage and will. In mundane astrology, Mars in Sagittarius can represent military incursions into foreign territory. It’s hard to imagine any government telling the truth about its foreign policy, but that doesn’t mean the truth can’t emerge from other sources.

Mercury and Venus combine for balance in communications in partnerships, especially if words have been misunderstood or deliberately hurtful in the past. And although the conventional advice is that contracts shouldn’t be signed while Mercury is retrograde, this week could be a good time to re-negotiate contracts, particularly in cases where previous deals have fallen apart because they’re simply not working for one or more of the parties involved. I just read that the EU, Russia, and Ukraine have resumed talks on natural gas delivery after months of getting nowhere. There’s a good chance that negotiations will be more productive this week

My vote for the best day this week is Tuesday, when Venus sextiles Jupiter. Venus and Jupiter are the luckiest couple in astrology, and the sextile is an easy, favorable aspect. If you’re the kind of person who keeps score and ends up being resentful that you gave more than you got, try treating someone you love to open-hearted generosity without limits, for no reason other than that it feels good.

We are still in between eclipses, a time that can feel surreal and dreamy. Rather than fighting it, just go with it and see what comes up. I was listening to more Kate Bush and liked this image: