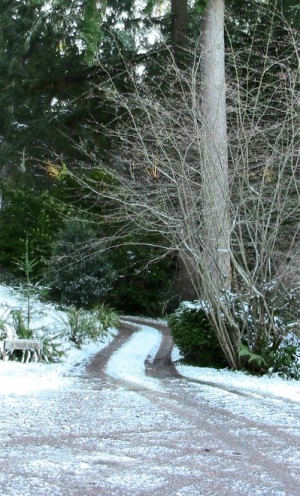 There’s a saying, “The truth hurts.” It also can be a powerful healer.

This week’s Full Moon in Gemini emphasizes healing through words, particularly those that convey the truth. There can be a great release, a newfound freedom from a belief that has weighed on the soul and dampened the spirit. If there’s any pain involved, it’s the shattering of a delusion. Or, it could be the result of stubbornly hanging on. It takes energy to maintain an illusion.

Whether the truth initially leads to a release or a bad reaction, there is an awakening. This week’s awakenings are likely to be surprising, and while some of them no doubt will be personal, it’s time for a collective awakening as the truth dawns on many people at once.

Uranus plays a major role, so there are bound to be surprises, which by nature aren’t predictable. However, based on how current news headlines correspond to astrological trends, I have a hunch that some of what hits home will have to do with global climate change and with the extent to which local police have become a military force armed and trained to kill the people they’re supposed to protect. We might add to that the belief by many Americans that racial and ethnic discrimination are almost nonexistent, that overt racists are few and far between, and no one takes them seriously anyway.

The extent to which the public remains polarized on these issues amazes me. I’m an avid reader of comments on news sites and read opinions on all sides. At least 90 percent are on one end of the spectrum or the other, and to prove they’re right, they cherry pick the facts and ignore any information that doesn’t support their beliefs. Although the Michael Brown shooting was one of many cases of white cops killing young black men, and although previous instances also were highly polarizing, what strikes me about this one is that there is a growing faction of people who see through the black and white to the gray areas. In addition, many are waking up to the broader issue of a national police force trained in lethal combat.

In a way, it’s comparable to the jolt of reality dealt to Americans by the terrorist attacks of September 11, 2001. There was a false sense of safety and of being separate from the rest of the world. Ironically, the need to feel safe again led many people to voluntarily give up civil liberties and to accept and even defend aggressive police tactics. Now, with events in Ferguson, people are beginning to realize that the cops on their own streets are more of a threat than terrorists.

The Full Moon is on Saturday, with the Moon at 14 degrees Gemini and the Sun at 14 degrees Sagittarius. While I was studying the chart, I suddenly recalled that these were critical degree in the 9/11 chart. In September 2001, Saturn and Pluto were in opposition. The day of the attacks, Saturn was at 14 degrees Gemini, with Pluto at 12 degrees Sagittarius. Many astrologers considered the Saturn-Pluto opposition to be the main signature underlying the attacks. Moreover, in the 9/11 chart, Pluto was conjunct the United States Ascendant by exact degree (Sibly chart, July 4, 1776). That means, of course, that this Full Moon falls on the U.S. Descendant, with the Sun on the Ascendant. In other words, it peaks at sunrise in Washington, D.C.

All of this is happening as Uranus and Pluto approach a sixth exact square in the 2012-2015 series. The aspect will be exact on December 15 but is well within range now and has been for the past two months. I’ve written a lot about how the Uranus-Pluto square has manifested in worldwide social unrest and police backlash and have been waiting for this to happen in the United States. It was evident to me from the outset that Ferguson was that event. As I type, civil rights marchers are on a 120-mile trek from Ferguson to the Missouri state capital. Meanwhile, police are using pepper spray against protestors in Hong Kong, and protests erupted in Egypt following a court decision to drop criminal charges against former president Hosni Mubarak. Mubarak was ousted from office during the Arab Spring uprisings, which began in late 2010, a few months after the first close Uranus-Pluto square.

Throughout the Uranus-Pluto square, I’ve been waiting for some truth to emerge about the September 11 attacks. Anyone claiming there was a cover-up is accused of being a “conspiracy theorist” – an effective means of protecting secrets – but we know for a fact that 28 pages of a 2002 congressional intelligence report were withheld from the public. Some details came out a couple of months ago, when some members of Congress called for the missing pages to be declassified.

While the truth could be explosive, ultimately it would lead to the healing of the national identity. All it would take would be a few words on a page. It has to happen sooner or later. Aspects in this week’s Full Moon chart are favorable for a revelation of this magnitude. The Sun and Moon are in a very close square with Chiron, suggesting that the truth may be forced out, and initially it could be painful. However, the pain will lead to a powerful transformation – at least there’s the potential – since Chiron and Pluto are in a positive sextile. Pluto is about breaking down what’s not working. With the Moon and Pluto in a close inconjunct, letting go of wrong beliefs will require emotional detachment, which in turn could force awareness of an emotional investment in a particular belief.

A revelation this week, whether about 9/11 or another significant issue, also could be shocking, as suggested in the easy aspects from the Sun, Moon, and Mercury to Uranus. A shock may be just what the collective needs to shake it out of mistaken beliefs. Mercury, the ruler of this Full Moon, is also close to the Ascendant in Washington, an indication of an important message with potentially far-reaching implications for the United States. Incidentally, Mercury was conjunct the Ascendant by exact degree in the chart for the first 9/11 attack.

Uranus packs even more of a jolt after Mars enters Aquarius on Thursday. The two will be in a rare mutual reception: Mars in the sign ruled by Uranus, and Uranus in the sign ruled by Mars. Protests could be spontaneous, possibly as a result of social media announcements. Unfortunately, they also could turn violent without much provocation. But there is a lot of idealism and activism in this combination. Earlier in the week, on Monday, Mars forms a sextile with Saturn, usually a productive aspect. However, with Saturn in Scorpio (co-ruled by Mars), this is more of a destructive energy, albeit destruction on the order of demolishing a decrepit city block in order to rebuild. On a personal level, with conscious intent, this energy can be channeled into eliminating a self-destructive habit.

On the subject of climate change, the National Oceanic and Atmospheric Administration has released data showing that 2014 may be the hottest year on record, just as thousands of diplomats from around the world are gathering in Lima, Peru, for talks that finally might produce an international agreement on the contentious issue. The summit will run through December 12.

As of this week’s Full Moon, the Sun is within a couple of degrees of Ceres, an asteroid that seems to correspond to significant environmental events and other events of global importance. In the chart cast for Washington, Ceres is conjunct the Ascendant by exact degree. It’s a no-brainer that climate issues will be in the headlines for the next two weeks, but watch for developments related to the United States. Another possible scenario is a major weather event.

Venus and Jupiter form a lovely trine on Thursday and are still in aspect at the Full Moon. Their motto might be, “I want it all, and I want it now.” Jupiter is stationed in preparation to go retrograde next week, so there might also be an element of, “If I don’t get it now, I’ll never have another chance.” Sounds rather like the retail promotions that have been flooding my inbox.

In summary, the healing power of truth is a dominant theme this week, whether in world affairs or your private life. I was going to open this post with lyrics from Bonnie Raitt’s “One Belief Away,” but I’ll close with them instead:

You and I we dance around it
Why is the truth so hard to say
We long for true love, well
We’ve found it, it’s just
One belief away.”

Wishing you all much healing truth, love, and courage, 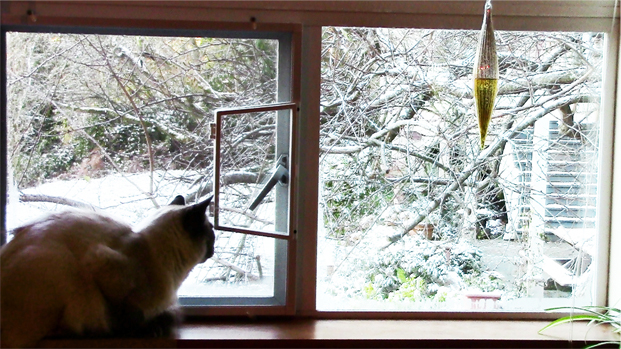