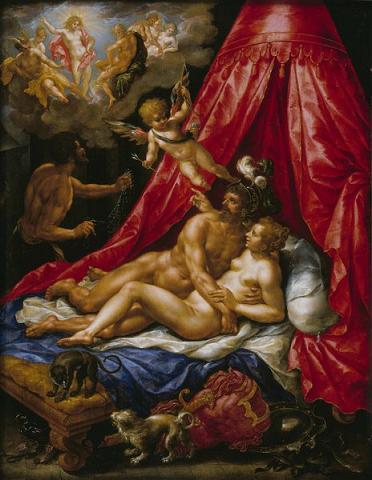 We’ll feel a major energy shift this week as Mars enters his own sign of Scorpio. Relationships continue to be our focus, but there are twists and complications.

That’s not until Friday, though, so I’m getting ahead of myself. The week begins with the New Moon in Libra, which Neith wrote about at length in a post last week. By the way, her lunation posts are drawing record numbers of page views for us, and we are now read in all 50 states and nearly 100 countries around the world!

The Moon remains in Libra on Tuesday and conjoins Mercury and Mars and trines Neptune. Mercury just turned retrograde and either is wreaking havoc with your relationships or allowing you to go back and review where you took a wrong turn — not that these two effects are mutually exclusive. Sometimes we need to be forced to deal with issues we’d rather avoid. Put another way, the more deeply you’re in denial, the harsher the wakeup call. But if you’ve been hoping for an opportunity for a healing heart-to-heart talk, you can have it now. Embrace all that comes your way, and make a special effort not to avoid necessary confrontation. Used properly, conflict leads to growth.

On Thursday (Friday in the Eastern Hemisphere), Mars sextiles Pluto. Modern astrologers use Pluto as the ruler of Scorpio, but Mars remains Scorpio’s co-ruler. When these two are in a favorable relationship, their combined energies are available to help us shift out of thought and behavior patterns that may be keeping us stuck. Mars will carry this powerful Plutonian charge with him as he enters Scorpio at 9:34 p.m. Friday on the West Coast of the United States.

Since mid-August, the Warrior has been in Libra, where he is decidedly less warlike but stripped of his vital energy. Until last week, Venus also was in Libra, one of the two signs she rules. These symbols of divine masculine and feminine conjoined on September 11 in her sign, giving the upper hand to feminine qualities of diplomacy and compromise. He went along, but he may have whined about it, or perhaps he expressed his displeasure through passive-aggressive means such as little digs or inner rebellion.

Well, now the tables are turned. He is at his best, while she is not. Mars in Scorpio knows what he wants, and he knows how to get it. It is not through cajoling or gentle persuasion, but through targeted action. If he meets with resistance, he will resort to whatever means necessary. Some of those means might not be very nice, but they will be effective.

Venus in Scorpio knows what she wants, too, or at least she thinks she does. She may obsess endlessly on it and use underhanded means such as manipulation and subtle lies. Then, once she gets it, she may not want it anymore.

So what does all of this mean for you?

You may notice after Friday that you are tired of endless negotiating and putting up with less than you want and deserve. If you’re not getting what you want in a relationship, a job, or some other situation, be honest and open, and be firm. Demands and threats won’t work. You’ll need to put your money where your mouth is.

At every step of the way, examine your motives, especially if others are standing in your way. Do you really want what you think you want? Are you engaging in a hidden struggle for power and control? Or are you perhaps standing in your own way by controlling a part of you that needs to be expressed and heard? Are you telling yourself you need to be nice, when a tougher stance may be more appropriate?

If you do need to discuss a relationship, Saturday’s trine between Mercury and Chiron will help you discuss hurt feelings. Don’t expect any immediate resolution. Just be content to get the issues out in the open.

Sunday’s Venus-Jupiter sextile brings some relief in the way of a little self-indulgence. Remember, a little will go a long way, so there’s no need to go overboard and leave yourself with the equivalent of a hangover on Monday.

Image: Mars and Venus Surprised by Apollo, by Hendrick de Clerck (1570-1629). I concede that there’s a certain cheesiness to this image, and you have to wonder whether the artist used a female model for Venus. But several artists from this era painted this theme, which for some reason was very popular at the time.