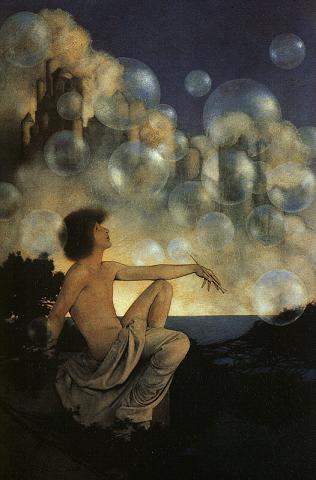 I have a feeling that, for many of us, life won’t be the same after this week. Maybe you have a sense of this already.

As the week begins, Mercury is still retrograde but is heading down the home stretch. He stations direct on Saturday (Sunday in the Eastern Hemisphere). In the meantime, we should start seeing the effects of the New Moon in Gemini, even though the results may be delayed by a week or so. Good news is always welcome.

On Tuesday, Mars in Aries forms a rapid-succession sextile with Chiron, Jupiter, and Neptune in Aquarius, providing still more fuel for this turbo-charged three-way conjunction. Mars in Aries is a strongly masculine force and represents action, initiative, and forging into new territory. In last week’s forecast, I wrote about the unprecedented healing potential of the Jupiter-Chiron-Neptune conjunction. Mars helps you boldly go where few have gone before but where more and more of us are headed.

Jupiter conjoins Neptune on Wednesday, the first of a three-part conjunction that is one of the most significant astrological aspects of 2009. The next will occur on July 10, and the third and final pass takes place on December 21, Solstice Day. Typically, the first pass of a three-part aspect coincides with a new issue or set of circumstances in our lives. The tension builds at the second pass, and often we experience an obstacle or challenge. We find resolution at the third and final pass, or sometimes the problem simply fades away.

Stories from friends and clients tell me that we are going through a subtle but very powerful shift, and we have started seeing the signs of it over the past few months. Deep changes usually don’t happen without accompanying turmoil as our body/mind readjusts to accommodate the new information. I liken it to rearranging furniture. You tend to trip over it in the dark until you get used to where it is. Once that happens, you can relax into it and enjoy the new way of being.

Many of the stories I’m hearing have to do with relationships. I don’t know what made me do it, but I gave in to one of those cheesy ads for relationship help for women and ordered an e-book. I’m sending it back, but I’m not sorry I took the chance on it in the first place. There were a couple of good points about taking responsibility for your own baggage and not attempting to manipulate or control the other person — all advice that Neith and I give consistently.

What I didn’t like about it was the implication that women have to get themselves totally together, resolve all their issues and essentially heal themselves before they can expect to get and keep a man, and they shouldn’t expect any help from men. The author described how “most men” are wired emotionally, and I guess if I were a man, I’d be insulted. It was sad, really, and I was left wondering why a woman who had herself that together would even give this type of man a second thought. The kind of man who would interest her wouldn’t be so insecure as to need to keep her in a box with so many rules for acceptable dating behavior.

The fact is that both genders have deep wounds that go back to ancient times, and we need to help each other heal (regardless of your gender preference). Just as you have to jump into the water to learn to swim, you have to dive into the emotional messiness of a relationship to learn about yourself and your partner. The key, of course, is that you both have to be willing to go there. My best advice to anyone having relationship challenges is to talk to your partner and be very clear about whether he or she wants to do the work with you. If not, you can’t force it, or you risk deepening the wound, both yours and theirs.

On Friday, Neptune turns retrograde, with Chiron following on Saturday and Jupiter just a couple of weeks from turning retrograde. For the conjunction to happen while all the players are in slow motion makes it all the more powerful. We might actually be able to see what is happening rather than experiencing it as a big blur.

Mercury returns direct on Saturday as well, which I expect will unleash a torrent of delayed activity — if not this weekend, then next week.

Last but not least, Mars enters Taurus on Sunday, which means he will be in mutual reception with Venus for a week, until she enters her own sign. I like this configuration for working through relationship issues, especially between opposite sexes. She’s in his shoes, and he’s in hers. There’s no better way to understand another person.

Wishing you all hearts with wings,

Image: Air Castles, by Maxfield Parrish, 1903. Jupiter and Neptune may help us realize our dreams, but they might burst a few bubbles, too. It’s all part of the healing process.