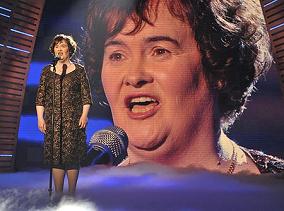 We are going through an energy shift, there’s no doubt. Signs of the change stream in constantly. I thought I’d take this opportunity to share a few random thoughts and observations with you.

The predominant astrological signature for this shift is the conjunction of Jupiter, Chiron, and Neptune, with Mercury in a square just as he’s coming out of retrograde. Chiron and Neptune have just turned retrograde. The ongoing mutual reception between Neptune and Uranus, with the latter moving toward a second opposition to Saturn later this year, tells us how there is connection between seemingly unrelated issues in our lives.

My take on all of this is that those of us whose wounds are near the surface and ready to clear out have been helped enormously by this healing window. I’ve heard several stories from friends and clients confirming this trend. Once this deep healing is assimilated, we will experience corresponding shifts in our external world.

For those who are only vaguely aware of the deep wounds or who are actively suppressing them, this is the wake-up call. The next Jupiter-Neptune conjunction may be the crisis, and then the final one hopefully will bring about the shift. Mercury’s square to Neptune & Co. is helping to identify the issues. This isn’t always pleasant, especially for people who don’t make the connection between what they’re carrying around with them and the situations they keep getting into. It’s really hard to process this without feeling guilt and blame.

As I was pondering this development, I read the news that Susan Boyle came in second in the final competition of the reality TV show Britain’s Got Talent. Part of Susan’s appeal was the idea that dreams can and do come true, even for people who don’t seem to have a snowball’s chance in hell. The day after her loss to a group of young male break dancers, headlines screamed about broken dreams. I didn’t see it that way.

In her exuberant audition, Susan said her dream was to become a professional singer. As a result of her overnight fame, she was hounded by the media, which led to a breakdown in her apparently fragile mental state. She was admitted the following day to an upscale mental health clinic in London, where hopefully she will be able to learn to cope with fame. She obviously is a sensitive person, and this means she will need to learn to protect herself, as many sensitive celebrities must do in order to keep their sanity. So, the way I see it, this is her opportunity to heal a very old wound, which in turn will help her realize her dream of earning a living with her angelic voice. The sad part is, her voice was not nearly as inspirational while she was under stress. What grabbed us in the first place was her singing directly from a pure heart, but the pressure she was under caused her heart to close, and we couldn’t feel that connection anymore.

Neptune and Jupiter together are about big dreams, but often we are blocked by something inside us. It could be a wound that we are not aware of, and most of the time, there’s an element of fear involved. Before we can move into the dream, we must overcome that fear.

For many of you, the wound and fear have to do with a love relationship. I’ve written a lot about this theme and about the connection between the Chiron-Neptune conjunction and healing our relationships. I’ve received some incredible e-mail over the past couple of weeks from people who are going through intense relationship healing. And just look at the comments on this blog over the past two weeks. I want you all to know that I am reading every word and in empathy with you all, as my own experiences are similar.

To those of you who are suffering in relationships, I want to throw the possibility out to you that the person who appears to be causing this reaction may have come into your life precisely to bring your deepest wound to the surface. To heal, we often have to re-open those old wounds. Emotionally, we often have to relive them. If someone has brought your wound to the surface, send up a note of gratitude to the universe, because you are blessed. The wounded energy can be released, freeing you of a load you’ve been carrying around for many years, perhaps all of your life. New patterns can now enter your existence.

I also want to second Mem’s comment this morning about what a supportive community this blog has become. That was always our intention, and we are grateful to all of you for making it so. When Mem and others are brave enough to talk openly of their fears, it creates an opening for healing.

Finally, I’d like to leave you with a song I heard on the radio the other day. I started laughing at the lyrics and went online to look them up. The song is called “Incomplete,” by Alanis Morissette. It seems like a fitting anthem for these astrological times.  (I tried to embed the video in this post, but for some reason WordPress doesn’t like it and keeps changing the code. So just click here for the video and lyrics. )