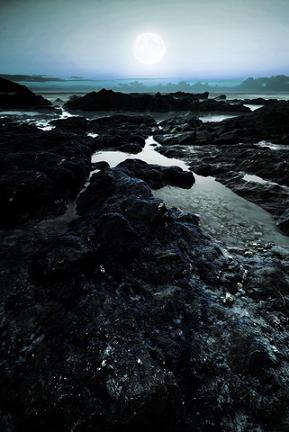 One month ago, just before the Full Moon in Virgo, a mega-quake struck Chile. There have been aftershocks daily as the Earth adjusts to the new alignment.

Our personal lives are undergoing a series of shifts and aftershocks, too. Monday’s Full Moon at 9 degrees Libra is the culmination of a cycle of readjustment as we leave behind old ways of being and doing so that we can move ahead into new territory.

This Full Moon and the New Moon in Aries on April 14 mark the halfway point between eclipses in Capricorn and Cancer, and we’re at a critical turning point. With the Moon in Libra opposite the Sun in Aries, our main focus will be on how we balance our own needs with those of others. This is never easy, particularly if you have been raised to put others before yourself.

Many of us are rethinking the load we’re carrying and how much additional weight we can support when others don’t do their part. How willing are we to keep doing a job that’s not ours? This could apply to picking up someone else’s dirty socks, constantly bailing out financially irresponsible relatives, or, for that matter, bailing out banks with our tax dollars. At some point, we just can’t do it anymore.

Women of my generation were raised to put husband, kids, boyfriends, boss, and everyone but themselves first. Old patterns don’t change overnight, but there will be some reckoning on this count, thanks to Venus, the ruler of the Full Moon, in me-first Aries. Admittedly, she’s not at her best in Aries, precisely because the divine feminine she represents is expected to be soft, sweet, conciliatory, and other-oriented. Well, forget that!

At the same time, Mars, ruler of Aries, is in ego-centered Leo. Now, Leos, don’t take offense. As I wrote in my weekly forecast, there’s nothing wrong with a healthy ego, and that’s part of my point here. A strong sense of self is prerequisite to so many things in life, and it can make relationships a lot easier when you directly tell others what you want and need. That doesn’t mean you’ll get it, but at least you’ll be clear about why you’re fighting. People often don’t want to be direct about their needs because they fear confrontation.

You probably won’t be able to avoid conflict right now, so you might as well speak up for yourself. The Sun and Moon are in a cardinal T-square with Pluto, and retrograde Saturn is part of this configuration, too. I’ve written a lot about the changes coming as a result of this T-square, and change simply can’t happen without conflict. Globally, conflicts are heating up and moving toward a boiling point in the next few months.

For now, though, we’re attempting to restore some semblance of balance after being knocked off our feet. Make that your goal between now and the New Moon in Aries, when new directions will be more apparent. We’ll need to be ready to hit the ground running and change on a dime.

One last consideration is that Venus and communications planet Mercury are in a close sextile with Neptune and Chiron in Aquarius, reinforcing the message that the way to deep healing is by communicating your needs and desires. Again, it doesn’t mean you’ll get everything you want, but you certainly won’t get it if you don’t ask.

The Sabian symbol* for the Moon at 9°17″ Libra is a canoe approaching safety through dangerous waters, with the keyword COMPETENCY. Simply put, the more you go through challenging situations, the better you get at handling them.

For the Sun at 9°17″ Aries, the Sabian symbol is a man teaching new forms for old symbols, with the keyword INTERPRETATION. Ancient wisdom isn’t written in stone, but is subject to continual reinterpretation as humanity evolves and expands in conscious awareness. And what we believe deeply impacts how we connect with the world and everyone in it. Changing our fundamental beliefs is part of the global shift that’s taking place.

Wishing you all fearless love,

* From The Sabian Symbols in Astrology, by Dr. Marc Edmond Jones. The author, an astrologer, channeled this work in the early 1920s. There’s one symbol one for each degree of the zodiac, and we can use them to gain insight into charts.