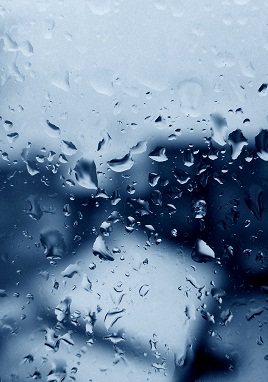 I’ve never been a big believer in past lives – at least not the idea that we have a soul that remains intact and progresses through human time from incarnation to incarnation.

However, I do believe that our energetic body – our spiritual essence, if you will – has had experiences outside of linear time, and that could explain the phenomenon of feeling as though we’ve lived in another time and place. Never is this feeling more powerful than when we meet someone in this lifetime that we seem to have known before.

Pluto’s return direct at the apex of the cardinal T-square seems to have brought some of these meetings to a crisis, as several clients over the past month have asked for a Soul Mates Karma Report to help them understand their troubled relationship and, for some, disturbing obsession with a love interest. Until this past weekend, when Pluto was at a dead standstill, I didn’t put two and two together.

In almost all of the charts I did, the T-square was making very tight connections to the Moon, Venus, chart angles, or the lunar nodes in the natal chart of the client or the love interest. In some cases, it hit both of their charts very hard, mostly through transits of Saturn or Pluto. Boom – the relationship reaches a tipping point.

For “some reason” (these things are never a coincidence), I recalled a commentary on Pluto I read several years ago in David Pond’s book, Astrology & Relationships. It’s worth thinking about, with Pluto newly direct. I highly recommend the book, by the way, and have added it to my Amazon carousel on the left.

Another source of obsession that should be considered is past lives. Pluto connects us to people whom we have known in many ways in many lives. Past-life ties are confusing if they open you to hunger that cannot be met by the person in this life. It is as if your subconscious memory of who this person was for you in a previous life awakens the hunger for what the relationship offered you in the past. It is doomed to fail because that past relationship is dead, and you will not be able to mold your current relationship to fill this hunger.

This certainly has been the case for several of my clients, who specifically used the word “confused” or “confusing” in their initial message to me.

As I wrote in my Saturday Extra! post on Pluto and obsessions in relationships, spending more time thinking about the obsession rather than trying to put it out of your mind can put you on the path to healing and regeneration. That’s not to say it will be easy or pain-free. Indeed, you likely will have to confront your shadow side, which has to happen before the total regeneration symbolized by Pluto can take place, and for most people, that process is exceptionally hard and may require professional help.

It’s also interesting to note that I’ve received several e-mails from young people who were born in the late 80s, when Saturn, Uranus, and Neptune all were in early Capricorn. Pluto is now transiting these degrees. The Pluto-Neptune conjunction can be a time of serious soul-searching, when you wonder whether your life is based on reality or illusion. Obviously, this can be a great awakening, and that awakening can open up the consciousness to the existence of experiences outside this lifetime. Meeting someone from another incarnation can be the trigger.

That said, it’s not just younger people who are having this experience. Many clients in their late 40s and early 50s are in similar circumstances.

This is definitely a trend to watch, so stay tuned…

3 thoughts on “Pluto Direct: Past Lives Coming to the Surface”