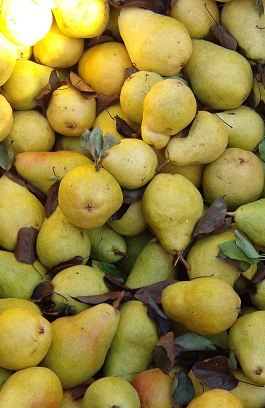 You know it’s a fairly slow week when the only major aspect is a conjunction of the Sun and Mercury, which happens often enough (several times a year) that it’s not a big deal.

But it’s not likely to be a boring week. With Venus newly retrograde in Scorpio, there’s drama simmering under the surface. At the same time, the waxing Moon and three planets in cardinal Libra ensure that we continue to move forward, despite Libra’s ruler being in retreat, and there’s a chance of a brief T-square flashback mid-week.

Other than your own personal fallout from retrograde Venus, if you are indeed experiencing any effects, things should be pretty quiet until Wednesday, when the Moon enters Capricorn. Within a few hours, she’ll conjoin Ceres and Pluto and square Saturn. By now you should know where Pluto is transiting your chart, and you probably have a good idea of how the cardinal T-square is shaking out for you.

Keep your antennae up on Wednesday and Thursday for signs that reinforce the theme that has dominated your life over the past several months. Watch for some subtle shifting, too. I’ve sensed some movement lately, and while opportunities may have to wait until Venus and Jupiter return direct on November 18, the handwriting on the wall is becoming more clear.

On Saturday, the Sun conjoins Mercury at 23 degrees Libra. This is a great day for communicating rationally and fairly, with a good amount of give and take. A lot can be accomplished when both parties express their thoughts and feelings with clarity and then listen to what the other person has to say. This is not about positioning, manipulating, or otherwise trying to talk your way into what you want without any regard for others.

Since Venus is retrograde, this also would be a great time to address unresolved issues that have been bothering you and perhaps getting in the way of a close, satisfying relationship. Before you talk it out, though, I suggest that you have a very clear idea of what’s in your own heart. What do you really want from that other person? If it’s a fair and equal relationship, then any attempt to get a certain outcome because it’s what you want will backfire.

And guess what? It’s OK to admit that, if only to yourself. We all do it. It’s just a question of being mindful. There’s nothing like a Sun-Mercury conjunction in Libra to help you do just that.

Ultimately, this week is great for catching up and doing a little planning. Next week, things could start moving very fast. You’ll be able to respond to upcoming events better if you clear your plate … and your mind.