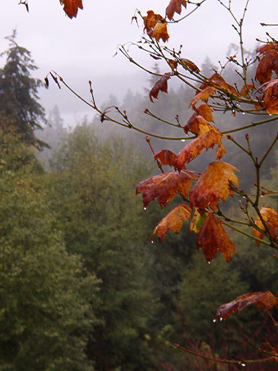 In the Celtic tradition, we’re in the period when the old year has ended but the new year hasn’t yet started. In other words, we’re outside of time.

The ancient Celts obviously knew something we didn’t regarding time, and it colored their entire existence. According to Julius Caesar, who fought the Celts and wrote about it in his famous commentaries, they were fearless in battle, because they believed that if they were killed, it simply meant a brief detour to the Otherworld, followed by a new incarnation. The more bravery they showed, the better the new incarnation would be.

The Celts also believed that night preceded day and that winter preceded spring. So, while astrologers typically consider the spring equinox to be the start of the new year, our Western tradition of Christmas Day at the winter solstice and New Year’s on January 1 is closer to the Celtic cycle. The old year is dead, and the new year will begin on December 21, when the days begin getting longer again (in the Northern Hemisphere).

So that’s where we are this week. We’ve got one foot in the world of the manifest and the other foot in the great void of the unmanifest. It’s a powerful place to be, and there’s a reason it happens while the Sun is in Scorpio.

While out shopping this past week, I noticed that several stores have their Christmas decorations up already! I always hate this, as it reinforces the consumer orgy that the winter holidays have become. And yet, it may not be so depressing when you think about it. Rather than sending a list to Santa or whomever it is you want to buy you that new flat-screen TV, visualize what you’d like to manifest in the new year. Better still, think about what you’d like to become. These are transformational times, and we’ve got an amazing opportunity to create the world we want.

Just be sure you know what that is! If you’re in doubt, Monday’s sextile between retrograde Venus in Scorpio and Pluto in Capricorn may provide a clue. Then, don’t be too quick to write off what you think you don’t want. Remember, growth can’t happen without a certain amount of pain and suffering, so if you’re seeking to avoid discomfort, you may not be doing yourself any favors. Be brave, and step up to the task.

On Thursday, Mercury trines Jupiter. As the saying goes, “the devil is in the details.” Favorable contact between Mercury and Jupiter represents the ability to combine the big picture with the smaller details in order to make real progress. Since Jupiter is retrograde for another three weeks, stick to planning for now and schedule your launch date for Nov. 18 or shortly thereafter.

Friday and Saturday are the power days this week, with the New Moon in Scorpio and connections from communicator Mercury to both Neptune and Uranus. New ideas may come streaming in, along with dreams and visions. But be prepared to “edit.” Channeling is a tricky business. The messages you receive may or may not be the truth. While it’s true that rational analysis can ruin your intuitive powers, intuition needs logic as a reality check. Ideally, they need to work in tandem.

Mercury also squares Chiron, which suggests that some messages we hear could be painful or bring up old wounds. I hope that doesn’t happen to you, but I want to forewarn you of the possibility. If something like this should occur, consider it an opportunity for healing, bite the bullet, and do what you need to do.

Neptune returns direct on Sunday (Saturday in western time zones). I usually feel this one, with my Neptune-ruled Pisces Moon. I get sleepy, and my dreams get very vivid. Your energy may be sapped, too, but it depends on where Neptune is transiting your chart. Mars in fiery Sagittarius could help mitigate this effect somewhat.

Also on Sunday, Venus re-enters Libra on her retrograde path. We’ll definitely be revisiting relationships, and you should have an excellent opportunity to go back over unresolved issues and start laying the groundwork for a breakthrough. It can be hard work, but I almost guarantee you that the results will be worth the effort.

P.S. If you’re in the United States, don’t forget to set your clocks back an hour before you go to bed on Saturday night.