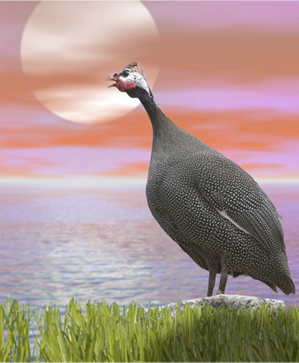 This week has a very different feel to it, with the Sun entering merry Sagittarius on Monday and Jupiter now direct.

It’s good timing, too, as we head into a holiday week in the United States and our biggest food party of the year. Our traditional main dish originally was a wild bird, and hunting is a very Sagittarian activity. I recall from childhood that we always had to eat early, because Thanksgiving was the first day of deer season and the menfolk were having primal urges to go out in the woods and shoot dinner.

Unfortunately, we aren’t entirely out of the heaviness of Scorpio and won’t be for awhile. Although Venus is back in Libra, she’ll re-enter Scorpio next week, and we’ll be processing her lessons until she returns to 13°13′ Scorpio, the degree at which she went retrograde on October 8. As it so happens, the day she leaves her post-retrograde shadow will be December 21, the winter solstice and start of a new series of eclipses in Gemini and Sagittarius.

We’re also still in the wake of Sunday’s powerful Full Moon in Taurus, which may continue to work its “magic” through the entire week and possibly until the New Moon on December 5. A shift has taken place, and now we need to let the dust settle to see what has manifested.

For the first two days of this week, the Moon is in Gemini. On Tuesday, she opposes Mercury and Mars, recently conjunct in Sagittarius. Some of you probably had “words” over the weekend, and I know at least one person who had an accident. If that’s your situation, this week doesn’t look good for ironing out the wrinkles until Saturday or Sunday. Next week should be better.

The Moon enters her own sign of Cancer on Wednesday and remains there through Friday. Cancer is the sign of home, mother, comfort food, and tradition, which bodes well for a warm and happy Thanksgiving (more mashed potatoes and gravy, please).

Also on Thursday, Mercury in Sagittarius squares Jupiter in Pisces. All I can say about this one is avoid discussing politics and religion at the dinner table, unless you want to go home with a terrible case of indigestion.

The day after Thanksgiving is affectionately known in the United States as “Black Friday,” the biggest shopping day of the year. Susan Miller, one of my favorite Sun sign astrologers, has dire advice and is telling everyone to forget shopping on this day due to the close square from Mercury to Uranus. She thinks that you’ll be unhappy with what you buy, and whoever you’re buying the gift for will hate it. I’m not sure I agree with her on this one, but I thought it was worth mentioning. I think there’s a risk of buying impulsively and exercising poor judgment due to overwhelm.

Susie also points out that it would be a good idea to get your holiday shopping out of the way well before Mercury turns retrograde on December 10. If electronics are on your list, definitely get them now. “Cyber Monday” is coming up, with lots of deals on your favorite items. If you’re knitting, sewing, baking, or you have other homemade projects in the works, don’t wait until the last minute to get started.

Saturday is the big communications day. Despite the Mercury-Uranus square, which may make it hard to stay on point, the sextile from Mercury to Neptune and Chiron may be just what the astrologer ordered to heal tensions from earlier in the week.

Love, courage, and cranberries to all,