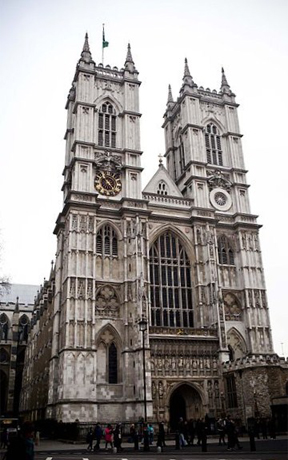 William and Kate will be married at Westminster Abbey, which has a history of royal weddings dating back to 1100.

The wedding ceremony for the royal couple at Westminster Cathedral is set to start at 11 a.m. on April 29. (Click here to view the chart.)

I have heard colleagues wax lyrical over this chart. They were delighted at how the tenth-house Sun in stable Taurus and stabilising Saturn in sextile to the Ascendant in royal Leo indicate a lasting marriage and the couple’s eventual ascension to the throne. They were delirious about Jupiter and Mars on the Midheaven, almost a guarantee of fame and fortune for Will and Kate, including numerous offspring. Well, with all due respect, I beg to differ.

To start with, the Sun is at a challenging angle to the Ascendant, indicating tensions and difficulties. It is telling that the Ascendant should be conjunct the Arabic Part of Discord! The background of fixed stars provides hints as to what the difficulties might be. There is Hamal (following one’s own path), Schedir (the Queen, female power) and Denebola (to go against society).

Additionally, the Sun forms a flowing aspect with Pluto, the underminer, in the fifth house of children … and of royalty. If you have read the first two parts of this series, you may be able to imagine several scenarios at this point, ranging from divorce out of boredom or claustrophobia to abdication of the throne. Since Pluto describes collective influences beyond personal control, a democratically induced end to the monarchy is not unthinkable either. The English have done it before…

But back to the wedding: Certainly, the array of planets in the ninth house and around the Midheaven suggests great public interest from around the globe and a great party at that. It aptly describes the moment as well, since the ninth house is the area of religious ceremonies. Also, Jupiter on the Midheaven is ruler of the fifth house of children, suggesting a whole bunch of kids. After all, this is the whole point of the exercise, as the North Node in the fifth house of children shows.

However, there is a down-side: Aries planets tend to be rash and to act without really thinking things through. They often lack the stamina necessary to see a quickly started project through to the end. Jupiter in Aries often turns out to be a bag full of hot air, while an over-enthusiast Mars/Jupiter conjunction tends to bite off more than it can chew. Mars and Jupiter on the Midheaven may just as well describe a couple famous for its enormous rows.

The clearest indications that Cinderella and her Solstice King might not live happily ever after are given by Saturn and the Moon. In the wedding horoscope, Saturn represents the “contract” the couple is entering into, as well as their shared resources and motivations. With Saturn being retrograde, the contract won’t last in its original form, and shared resources may start dwindling, while the current, shared motivation to enter into this marriage may turn out to be hollow.

Meanwhile the Moon, giver of form and symbol of caring and motherhood, is void of course. After only the shortest glance at this horoscope, any horary astrologer would advise to forget about the matter at hand, as nothing will come of it. Translated into this wedding chart, it is just another indication that we’ll likely be looking at no more than a grand opera being performed.

After Will and Kate had seen the Archbishop of Canterbury to discuss their wedding arrangements, he was asked about his impression of the couple. Apparently, he described them as shallow and superficial, and didn’t give the marriage a chance to last beyond its seventh year. If you ask me, he might actually be right, but for the sake of the currently happy couple and of the British monarchy, I hope that I am wrong.

In case you missed it:
Part I
Part II

Helene Schnitzer is an astrologer living in Glastonbury, England. Her specialities include Traditional, Horary and Hellenistic Astrology, and Astro*Carto*Graphy. Click HERE to read her full bio.

You can also find more information on her website, Trans-It! AstroLogistics.

1 thought on “Cinderella and the Solstice King, Part III”