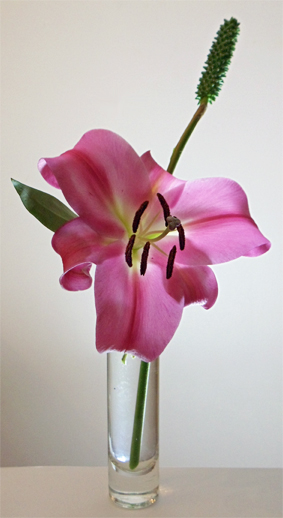 What a week it has been! Everyone I know was going through some kind of crisis, many of them relationship-oriented. Here’s an excerpt of an e-mail I received from a client on Friday:

“My plan for Easter brunch has turned into HELL!! SOS! My sister and her partner have been fighting like rabid dogs. She’s been saying for months that she’s leaving him but is STILL living there! She hurt his feelings by not inviting him to service on Friday or Sunday brunch … he’s never even been interested in church or God, he’s simply grasping at straws, at this point. I told them, that given the situation, I was uncomfortable with him coming down for Easter … that I wouldn’t sacrifice my family for his ‘hurt’ feelings. Harsh, but necessary. It looks like my husband and I will just take his mother out to brunch.”

The expensive ham she bought for the occasion is sitting in the refrigerator. I reassured her that things are going to calm down this week, and she can throw a party next weekend.

Amazon and Sony had a rough week, too. Both corporate giants had computer network crashes that affected millions of customers worldwide. Sony said its PlayStation Network was attacked by hackers. Mercury’s station certainly didn’t help. As I’ve noted many times in these pages, some of the worst problems happen when Mercury is at a standstill. I was at an information session on Wednesday that got a late start because the instructor’s assistant hadn’t shown up and there was no one to staff his office. Turns out she had a flat tire on her way to work. And on and on …

Violence in the Middle East is on the rise. What initially seemed like a sweeping revolution has turned into a bloody suppression. In an excellent article on CounterPunch, award-winning journalist Patrick Cockburn writes, “From Libya to Bahrain and Syria to Yemen, leaders are clinging on to power despite intense pressure from pro-democracy protesters.”

The increase in violence is hardly surprising, with Mars dominating the sky. The bigger trend is the approaching square of Uranus to Pluto. Many astrologers, myself included, have predicted rebellion and authoritarian crackdowns. The situation in the Mideast is just the beginning.

Before I get into this week’s forecast, I’d like to note that two greats left us last week, both as a result of multiple organ failure. Internationally renowned guru Sai Baba, whose followers include many celebrities, was 85. The man who invented CDs, former Sony president Norio Ohga, died at 81.

Overall, this week will be less frustrating, and relationships should fare a little better, too. The Sun in placid Taurus will help decrease the noise level, and Mercury’s return direct will go a long way toward repairing misunderstandings. That said, some relationships that ended in the past two weeks are over for good. If this is your situation, you likely are better off, even if it’s too soon to recognize it.

There’s not much going on in the sky on Monday and Tuesday. On Wednesday, Venus squares Pluto. The usual warning with these two in hard aspect is that power struggles can erupt in relationships, especially regarding sex. Using sex as a means of control over another person is a no-no, and it likely will backfire. What goes around comes around. Depending on where Venus and Pluto are transiting your chart, you also may have to be mindful not to get dragged into jealousy and possessiveness.

Working with this aspect should be a little easier, thanks to an easy trine later in the day between the Sun and Pluto. You can express yourself directly and tell the other person what you want and need, rather than resorting to underhanded tactics. The challenge, of course, is that first you have to be honest with yourself. If you’re willing to do that, you’ll have cosmic support.

The only aspect on Friday is a conjunction between the Moon and Uranus in Aries, which might generate some emotional fireworks, but in general lunar transits are mild and fleeting. Good thing, because this is the day that Prince William and Kate Middleton will be married. Even if you’re not into all the hoopla, do check out Helene’s series on the royal couple. I found it surprisingly refreshing.

Another relationship will be in the spotlight on Friday. Gabrielle Giffords, the congresswoman who was shot in the head in Arizona in January, plans to attend the launch of the space shuttle in Florida. Her husband, Mark Kelly, is one of six astronauts who will be on the flight. The presence of Giffords surely will eclipse the event itself, although it’s doubtful she’ll appear in public.

On Saturday, Venus opposes Saturn. Usually this isn’t a happy aspect for love relationships, but it is stabilizing, especially with Saturn in Venus-ruled Libra. Of course, both also are square Pluto, and while the angle is fairly wide, it nevertheless counts as a potent cardinal T-square. You may need to insist on your boundaries, as my client had to do with her sister’s partner. Although it will be difficult, try to do it with love and kindness.

Sunday is exuberant, with a three-way conjunction between the Moon, Mars, and Jupiter. Get out and play! Throw a party. Take a long walk or bike ride in a beautiful natural setting. Taurus is the sign of beauty, including the beauty of nature.

Speaking of the beauty of nature, I leave you with this amazing video by Norwegian photographer Terje Sorgjerd. To me, there is nothing more breathtaking than the night sky. (For a larger version, click on the link below the image.)

The Mountain from Terje Sorgjerd on Vimeo.