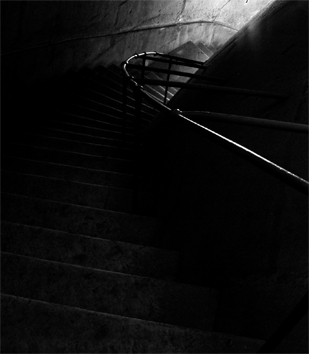 The nights are noticeably longer than the days as the Sun heads into Scorpio, (in the Northern Hemisphere; apologies to my friends Down Under). The dark season looms, and the veil between the worlds becomes thinner.

Many of you have written to me about experiences with past-life memories. I don’t know if this phenomenon is increasing or whether more people feel comfortable talking about it. It does seem to me, though, that our perception of time is expanding as human consciousness makes an evolutionary leap.

I recently went to a special 70-mm showing of my all-time favorite film, Stanley Kubrick’s 1968 classic, 2001: A Space Odyssey, based on the novel by Arthur C. Clarke. The theme involves the evolution of consciousness and, like other Kubrick films, explores the dual nature of man as a highly intelligent species with vestiges of its primal, animal origins.

In astrology, those deeply buried animal urges are associated with Scorpio and its modern ruler, Pluto, Roman god of the underworld. When we journey to our own underworld, we have to confront our animal nature, which we often refer to as “dark.” Most of us are uncomfortable with the idea that we have these urges, including the need for domination, control, and aggression. Repressing these tendencies may seem like a good idea if we want to get along with our neighbors, but they come out in other ways. Only by directly confronting and understanding our basic underlying nature can we make an uneasy peace with it and make a conscious choice not only to act on our highest power but to attend to our spiritual development.

There are only three major planetary aspects this week, all of which touch on spiritual growth and awareness in some way.

On Monday, Mercury in Scorpio opposes Jupiter in Taurus. Mercury usually represents our conscious thought process, but in Scorpio, links the conscious and subconscious for deep insight. Jupiter, meanwhile, is about spiritual growth and the higher mind. As it so happens, both Mercury and Jupiter are at a favorable angle to Pluto. This is a perfect configuration for exploring themes of consciousness, super-consciousness, and the expansion of the brain’s capacity to see into other dimensions of time and space. This may sound abstract, but it’s terribly personal. It forms a bridge between our immediate experience in the “material” world and our existence on other planes.

Incidentally, in 2001, humans are helped along on the evolutionary path by an alien species. This is entirely plausible, especially if you get rid of the notion that aliens are cute little ETs with big heads and bulging eyes. If you regard them as energetic beings, your notion of what’s possible changes dramatically.

On Friday, the Sun in late Libra trines Neptune in Aquarius, attuning us to what lies beyond the material realm, especially as it regards the collective conscious. This aspects lends itself to psychic flashes as it is, but with the Sun about to shift into Scorpio, the potential is increased for seeing into the spiritual realms. If you’re sensitive to this sort of thing, you may start picking up vibes as early as Tuesday.

On Sunday, the Sun enters Scorpio, and down into the dark we go. The best way to find out what’s hidden in these forbidding places is to shine a light in the cracks and corners. Be fearless, and remember that you are not the only person who feels like this. It is inherent in everyone.

Lest this all sound dark and forbidding, I also want to remind you that in mythology, underworld demons often were there to protect priceless treasures. Pluto himself was the guardian of gemstones. The coming New Moon and Full Moon, in positive alignment with Jupiter and Pluto, are going to be much different than the previous cycle. Several clients wrote to me in a panic early this past week, right around the Full Moon. For some, doors closed, and this was distressing. In the next cycle, it looks like more doors will open, so keep the faith!

Wishing you much love and infinite courage,