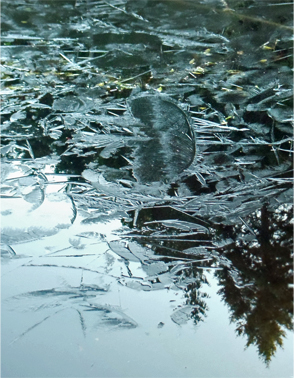 We’re well into the holiday party season, but we’re not partying like it’s 1999. I guess that’s because it’s 2012, and people are anxious about more than a Y2K bug.

So, OK, I know what he really meant, and I addressed those concerns in my response, which probably was way over his head and way over the heads of anyone with little or no knowledge of astrology. Fact is, there’s nothing simple about 2012. Something important is happening. There’s a major planetary shift occurring, and while it’s not limited to 2012, this has been an exceptional year in an exceptional astrological cycle. The Uranus-Pluto square continues for another three years, with the last square occurring in March 2015 and the period of waning influence lasting another year after that. You don’t need to be an astrologer to understand that we are in extraordinary times, and even those who aren’t spiritually inclined can sense it.

I’m working on a 2013 forecast and accompanying video that I hope will provide some relief from all the anxiety.

In the meantime, the holiday spirit should pick up this week with amplification of the Sagittarius vibe. Jupiter-ruled Sagittarius loves to have a good time, and parties are definitely their thing. On Monday, Mercury returns to Sagittarius after dipping back into secretive Scorpio on his retrograde path. Then we have a spritely New Moon in Sagittarius on Thursday, and Venus joins the party on Saturday. The only bummer in all of this is that Jupiter is retrograde, and in Gemini, the sign of his detriment. It’s sort of like having the Big Guy at your party, but he’s getting over a bad case of strep throat, popping antibiotics, and worrying about all the paperwork piling up on his desk. It does put a bit of a damper on the festivities.

There’s an additional reason to exercise some discretion this week. Right after entering Sagittarius, both Mercury and Venus form a square with Neptune – Mercury on Tuesday and Venus on Sunday. Neptune rules dreams, delusions, and altered states, whether through meditation or mind-altering substances. Although these two squares are quick and relatively harmless, they do increase the likelihood of miscalculating your limit and misinterpreting what you see and hear. Maybe that guy you meet at your fourth trip to the punchbowl really is the soul mate of your dreams, but it won’t hurt to check him out for a week or two before running off to Vegas.

The biggest news this week is Uranus returning direct within a few hours of the New Moon. The Awakener is waking up, and we won’t know until he does whether he’s going to ask for nice cup of coffee or bolt out of bed swinging a hammer. He’s in a close fire trine with Mercury at wake-up time, so I suspect he’ll come out swinging and ready to ratchet up his Awakener role a few notches. Our beliefs are being shaken up, and yet integrating the new information into our thought matrix is hard to do. There’s a reason we have mental defense mechanisms. Without them, we’d have breakdowns – and that’s exactly what’s happening for many people right now, in one form or another. We live in exciting times, but they are incredibly stressful.

Part of waking up is being reminded of what we’ve repressed. Mercury squares Chiron on Friday, triggering dormant memories and old wounds we’d rather not think about, especially during the party season. It’s hard to go to a festive event where everyone is making merry and to feel like you’re the only one who can’t get into the holiday spirit. It’s OK. You have my permission to feel grumpy and out of sorts. Rather than trying to stuff it down so you won’t make others feel bad, talk about it with someone you trust or write about it in your journal. You may be surprised by what comes up in the process. There’s a reason for the phrase “rude awakening,” but it beats staying in state of delusion.

Then, there’s always the blue pill.