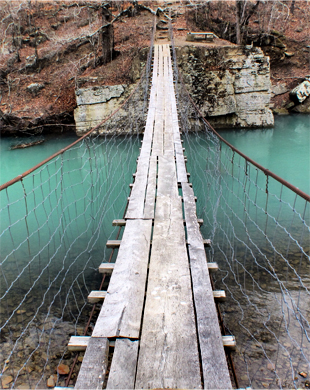 We’re heading into a wild and crazy week, with an active Full Moon that triggers volatile planetary energies set in motion in the summer of 2010.

You remember that one, right? The infamous cardinal T-square that marked new directions and the start of turbulent journeys for so many of us, myself included. Now, before you get your panties in a twist, let me say right off that I don’t think we’re going to have a repeat of those events. In fact, I think there’s a good possibility that we might make rapid advances that seemed far away and nearly impossible back then – the operative word being rapid.

It’s the old “feast or famine” metaphor. Events may occur that aren’t crises in themselves, but when piled together, are more than we can deal with, or at least, deal with and stay sane. My best advice is to take a lot of deep breaths and keep going. It’s OK to be afraid. Just don’t let fear stop you.

I should also say that there’s a good possibility the most noticeable manifestations of this Full Moon will be on a collective level rather than an individual level. We’re already seeing some of it. Ray Merriman has a great column this week talking about global finances and the crisis in Cyprus. As he points out, these developments most certainly correlate to the cardinal T-square and, more precisely, to the square between Uranus and Pluto, which will continue for another three years.

Individually, it’s more likely that you’ll experience a sudden jump in activity related to the houses where the Full Moon is located in your chart. If you don’t know how you read your own chart, I spell out possible scenarios for you in my StarGuide monthly and seasonal forecasts. If you order right away (like now), there is a chance I might be able to get your report to you by Wednesday. As usual, I have a backlog of 2-3 days, so please keep that in mind. I do each of these reports by hand and have to cast transit charts for you for each New and Full Moon.

Speaking of which, let’s have a look. As you can see, the Sun and Venus are in conjunction by exact degree opposite the Moon, with Mars and Uranus only a few degrees away. All five bodies are in a square with Pluto – Mars by exact degree. I’d plan to be hiding under my bed if it weren’t for the sextiles and trines (the blues lines) providing outlets for the this highly charged energy. Imagine, if you will, a raging torrent hurdling through a canyon, about to slam into a dam. With no outlet, the force of all that water hitting the dam would smash it to bits. But what if, right before the dam, there are a bunch of little canyons leading off in various directions? And what if some of those pathways led to areas much in need of water? Further, what if you had a boat just sitting there on dry ground, waiting for the water to rise so that you could sail out to sea? I think you get my drift…

The only scary part is that we don’t have a lot of control here but can only go with the flow and hope that the work we’ve done over the past three years has put us in a position to benefit from this powerful energy surge. That said, even though we’re in the wake of the Full Moon already, I think there’s still time to get your boat in working order and point it in the right direction, if it isn’t already.

I don’t know that it would be all that helpful to discuss individual aspects in this chart, since there are so many of them and they are all interdependent. The important points are that Uranus and Pluto signify revolution and breakdown, and events around this Full Moon could feed into that process. The outlets feed into Saturn, Mercury, and Jupiter. Saturn is about structure, discipline, and commitment, essential ingredients for advancing our goals. Mercury in Pisces represents thinking intuitively and tapping into buried memories, perhaps even of other lifetimes. We’re in the post-retrograde shadow period, still working out issues that arose in early February, especially regarding communications and gadgets that connect us. Mercury remains in mutual reception with Jupiter in Gemini, great if you’re working on big writing or publishing projects. Pluto and Saturn form a Yod with Jupiter (the green dotted lines), but I’m ignoring it, not only because I’m on the fence regarding the significance of Yods, but because there are too many major aspects in this chart to either worry about a Yod or to be able to link it to any particular outcome. For that matter, it will be near impossible to link any aspect this week with a particular event, because there’s no way to isolate them.

Ray Merriman, incidentally, mentioned in his column that he’s got a two-way transit of Jupiter and the North Node, just as he’s reaching a pinnacle of his life’s work. So, you see, just because this Full Moon packs frightening power, it doesn’t automatically translate to a major catastrophe in your life.

I would love to hear from all of you about your experiences this week. You do have to register (unfortunately, it’s necessary to prevent abuse), but it’s fast and easy.