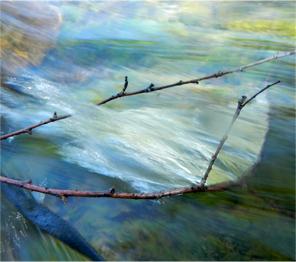 As much as we might wish it weren’t so, some amount of stress pushes us to accomplish more and better, often beyond what we thought ourselves capable of. It forces us to go places we might otherwise avoid out of fear or complacency.

With too much stress, the opposite can happen. We can shut down entirely and become physically and mentally ill. Extreme stress can result in post traumatic stress disorder, or PTSD. We usually think of PTSD as affecting soldiers returning from war, but many other traumatic situations can result in PTSD.

Without the benefit of an official survey, I would say that most people have experienced the stress associated with astrological aspects over the past four years and the past year in particular as somewhere in between “good stress” and the debilitating variety. But I also believe that humanity as a whole is suffering from a sort of collective PTSD from millennia of trauma, much of it caused by our own violent nature, “man’s inhumanity to man.”

The thing about PTSD is that at some point, there’s a total breakdown, after which healing begins – but only when an individual is ready. One has to rebuild one’s life brick by brick. And in doing so, one also heals wounds that existed prior to the event that triggered the PTSD. The life that is rebuilt is stronger and more intentional, with more conscious awareness and mindfulness.

I understand this process, because I have been through it personally. Six months ago, within hours of the solar eclipse of November 3, I was diagnosed with PTSD. The eclipse, as you might recall, was conjunct Saturn (structure, building) and sextile Pluto (tearing down, demolishing the old to make way for the new). Saturn was square my Sun by exact degree, with Pluto sextile my Pisces Moon.

I’ve written before that the healing process for humanity as a whole parallels that of individuals. After all, what is the collective but a group of individuals? The Uranus-Pluto square corresponds to an urge in the collective unconscious to break down what isn’t working and to replace it with structures more sustainable to human life. With Jupiter (growth, expansion) in a T-square with Uranus and Pluto since last summer and Mars moving into position to form a grand cross in April, the greatest stress occurred last month. There will be more, and for some people it might be more intense, but the pattern is clear. The unknown factor is whether humanity as a whole is ready to rebuild. That can’t be foreseen through astrology.

Nonetheless, this week’s astrological aspects represent opportunities to respond to stress by breaking down and clearing the way for healing and rebuilding. The planets that formed the grand cross are in cardinal signs Aries, Cancer, Libra, and Capricorn. A keyword for the cardinal signs is initiation. It’s about change through beginning new processes and structures rather than modifying outdated ones. Jupiter is moving beyond the grand cross, and retrograde Mars is temporarily separated. However, on Sunday, May 11, Venus begins a week-long journey that “reconnects” the grand cross planets, starting with Mars on Sunday, May 11, and ending with Jupiter on Sunday, May 18. She squares Pluto on Wednesday and conjoins Uranus on Thursday. Venus is the planet of love and abundance, and while she’s out of her element in Aries, she is a kinder, gentler influence. She doesn’t force, but makes a highly persuasive argument.

The conjunction of Venus and Uranus is especially ripe for breakthroughs and sudden changes. As they approach an exact alignment on Thursday, Mercury forms a dynamic sextile to each in turn. Mercury is the planet of communications and in his own sign of Gemini. Although a change in thoughts can happen in the firing of a neuron, it usually takes longer to see the corresponding change in external circumstances, and often it requires diligence and hard work. But this week you could turn circumstances around surprisingly fast, especially if you’ve already laid the groundwork.

Venus squares Pluto on Wednesday, less than six hours after the Full Moon in Scorpio. In modern Western astrology, Scorpio is ruled by Pluto, the planet of birth, death, and regeneration. The Full Moon in Scorpio also is the festival of Wesak, celebrated in the East as the day of the Buddha’s birth, enlightenment, and death. One component of conscious evolution in humans is the ability to see into other points of space and time, or what some refer to as “past lives.” This is the lifting of the veil, or the “Revelation.” If I’m correct about the collective PTSD, being conscious of accumulated wounds of the past is the beginning of healing and rebuilding, or regeneration. Accessing past-life memories can bring an immediacy to the trauma of other incarnations.

The Full Moon is conjunct Saturn, lending some somberness to the occasion. Breaking down is painful, and it can be downright depressing to realize how broken a system is, be it in our individual lives or humanity as a whole. Rebuilding is a daunting task, and at first it seems impossible or impossibly long. Healing is hard work and requires commitment and discipline – two keywords for Saturn.

As you can see in the chart for the Full Moon, Jupiter is in a grand trine (the blue triangle) with Chiron and Saturn. The trine with Chiron is exact on Wednesday, less than half an hour before the Moon conjoins Saturn. Chiron in Pisces symbolizes the accumulated wounds within the collective unconscious. Jupiter, just separating from the grand cross that correlated to so much stress in the world, brings that energy forward to the place where stress gives way to healing.

Jupiter’s trine with Saturn isn’t exact until next week (May 24), but it’s within the period of influence this week. Under the mutual reception between Saturn in Scorpio and Pluto in Capricorn, we’ve seen a trend of rebuilding new structures or circumstances in our lives, only to have them knocked down before they’re barely off the ground. My take is that the ways in which we’ve been seeking to change what isn’t working have been modifications of an existing approach or short-term fixes not sustainable in the long run. There’s no fault implied; it’s just that we’re in uncharted territory and experimenting to see what works. With Jupiter in a trine to Saturn, real solutions will begin to manifest.

The only other aspect this week worth mentioning is Monday’s trine from Mercury in Gemini to retrograde Mars in Libra. Good communications can go a long way toward de-escalating conflict, especially when the source goes back a long way. Mars, incidentally, is slowing down (what it looks like from down here) to turn direct on May 19. When we slow down and think about what we’re really upset or angry about, it’s easier to be rational, and that in turn helps find the middle ground.

Wishing you all much love and courage in this remarkable week,