Right on cue, the whole world seems to be going crazy as we enter the most astrologically tumultuous period of 2015.

Amid so much chaos and confusion, how do you find out what’s really going on? There’s no such thing as objective, unbiased media anymore. Comment sections are filled with the ranting of paid trolls intent on shutting down any meaningful debate. Hell, we can’t even trust our own eyes. Is that dress blue and black, or white and gold? Maybe the sky isn’t blue?

The Full Moon in Virgo on Thursday brings some much-needed discernment, critical thinking, and rational analysis. It’s hard to BS someone with strong Virgo in the natal chart. That’s no small feat, given the approaching square of truth-seeking Saturn in Sagittarius and illusionist Neptune in Pisces. The information war is real, even if the information being disseminated is pure, unadulterated propaganda.

As you know from reading these forecasts, the final stage of the Uranus-Pluto square happens in a couple of weeks, between this week’s Full Moon and a highly charged New Moon solar eclipse on March 20. There’s also a total lunar eclipse at the next Full Moon, on April 4. Under the Uranus-Pluto square, which began in late 2010, the crumbling of political and economic structures has accelerated. It’s no coincidence that there’s so much disorder in the world and that we’re feeling it mentally and emotionally. If you sometimes feel like you’re on the edge of insanity, you are not alone.

The Sky Is Blue … Right?

It’s during the breakdown phase that we have the opportunity to assemble new structures. How those structures are built and to whose benefit matters greatly. If we want a vibrant society that values cooperation over competition and creative expression over conformity, then we need to be constructive agents in that movement. And to do that, we need to connect with like minds and share accurate information. Indeed, if there’s anything we can do right now to resist the forces attempting to hang onto power by any means, it’s seeking and sharing reliable information.

Building new structures based on truth is a function of Saturn in Sagittarius. However, Saturn will be in a challenging square with Neptune on and off until late 2016. Neptune represents illusions, delusions, and, in some cases, outright intent to deceive. With Uranus and Pluto also in a square, we’re seeing a protracted information war on the Internet with deliberate intent to “divide and conquer.” The latest combatant to enter the field is the Ukraine Ministry of Information Policy, which is calling for an “e-Army” to combat Russian propaganda.

For my part, I no longer rely on mainstream media as primary sources of information. Many of the alternatives are equally as untrustworthy, if not more so. There are a few sites that I visit daily for news and commentary. I’ll share my short list if anyone is interested.

One would think that a discussion about a lace-trimmed dress would be more civil than a flame war over Vladimir Putin’s mental health. One would be wrong. Millions of people were spewing expletive-laden insults at each other over a dress! And a cheap one, at that. Well, it turns out that the dress wasn’t the issue. The issue was the fundamental belief that what we see with our own eyes is the absolute truth. Only in this case, it wasn’t, and that caused outright panic for some. Scientists don’t even agree on the biological mechanism that causes one person to see a white and gold dress and another to see the same dress as blue and black. I was in the latter group, by the way, although I didn’t actually “see” any black pixels, as someone pointed out. The photo is washed out, so black shows up as a sort of muddy brown. But the brain processes it as black. 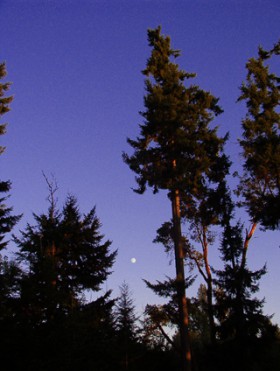 The next day, I suddenly recalled something I read a long time ago about the Egyptians being the first people who actually could see the color blue, the theory being that humans have not always been able to see it. I did a quick Google search and came upon a fascinating episode of Radiolab on this very issue. Even more intriguing, they discussed the theory that color recognition in humans developed in a certain order, ending with blue, and that until blue could be distinguished from green, the sky was probably seen as white. Not that this explains The Dress, and yet I wonder whether the confusion could occur if the dress was red or green instead of blue.

While listening to that broadcast, I was struck that the color recognition order, starting with red, is the order of the colors associated with the chakras. That makes sense. I gave up on the information I was looking for about the Egyptians but had a vague memory that it linked the ability to see color with consciousness. I’ve often thought about whether a shift in human consciousness would come with an ability to see more of the electromagnetic spectrum.

Astrologically, it’s interesting that Venus and Mars just conjoined in Aries, which rules the eyes. The dress in question was for a wedding (unfortunately, it caused a huge fight among family members). It will make for fascinating scientific experimentation, but if people can argue this violently over the color of a dress, how are we going to keep from killing each other over religious or political beliefs?

Back to this week, Venus and Mars are moving apart and will have five degrees between them by the Full Moon. However, both are close to Uranus in the Full Moon chart – Venus by just over one degree. This means they’re also close to a square with Pluto. The Mars-Uranus conjunction, which is exact next week, is especially one to watch, as this pair can be explosive, and there’s a trine to Jupiter to amplify the blast.

The trine from Jupiter to Uranus has been close for a couple of weeks and is exact on Tuesday. This is a positive aspect with the potential for innovative, creative, radical new ideas. Already, we’ve seen a victory for Internet freedom with last Thursday’s FCC ruling on net neutrality. Nonetheless, Jupiter also acts as one of this week’s two major pressure relief valves for the building Uranus-Pluto square, the other being the Full Moon itself. Whether the force is creative or destructive depends on where the pressure is building and whether it can be used with intent or blows without warning. It will be interesting to watch Israeli Prime Minister Benjamin Netanyahu’s address in the U.S. Congress on Tuesday, following weeks of controversy and political theater. You don’t need to be an astrologer to predict a huge backlash in some circles, but there’s a good chance he’ll be a smashing success.

On Wednesday, Venus trines Jupiter, conjoins Uranus, and squares Pluto. Watch for major headlines involving global economics and financial institutions. Individually, this configuration can represent good fortune, the sudden appearance of big opportunities, and possibly rewards after years of pressure to overhaul a particular area of your life. For an idea of what that might mean for you, check to see where Pluto is transiting your chart.

At the peak of the Full Moon on Thursday (1:05 p.m. EST), the Sun and Moon are in close positive aspect to Pluto, with the Sun making an exact sextile to Pluto later in the day. As chaotic as the world has been under the Uranus-Pluto square and, really, since Pluto entered Capricorn in January 2008, we understand that pain is part of the healing process and that the collective unconscious is sorely in need of healing. Virgo is the analyst and critic, but she’s also the nurse, herbalist, and dispenser of practical advice. This week, seek out the grounding influence in your life, or offer that service to another. Or both. We’re all in this together.

Ceres, the dwarf planet that gets my vote as modern ruler of Virgo, makes no major aspects this week, but she has been in the news. Recently, NASA received images from its Dawn spacecraft showing an inexplicable bright light on Ceres, with subsequent images showing a second, smaller light.

To date, no one is arguing over whether they are blue or white.

OK, so can we agree now that the sky is blue?