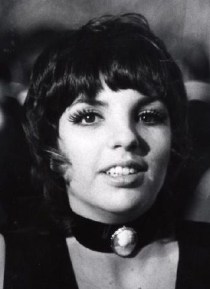 Researchers in the UK have just released the results of a study showing that facial features reveal whether someone you’re interested in just wants to have a good time or is looking for a long-term commitment.

“Lots of previous studies have shown that people can judge a lot about a person from their face, including things like health and even some personality traits like introversion,” says Dr. Ben Jones of the University of Aberdeen’s Face Research Lab. “But this really is the first study to show that people are also sensitive to subtle facial signals about the type of romantic relationships that others might enjoy.”

Well, Dr. Jones, a good astrologer could have told you that and a lot more! And we wouldn’t have drawn the same old gender-based conclusion that women look for a lasting relationship, while men just want a good roll in the hay (they actually pay people money for this?).

Your physical appearance is reflected in your birth chart, especially your Ascendant, also called your Rising sign, which can literally represent the face you present to the world. Does that mean that all Rising Leos look alike? Of course not. The interplay between your Sun, Moon, Rising sign, and planets near the Ascendant is complex and very individual. But there are detectable patterns.

I have a friend with a lot of Aries in her chart. Her profile almost resembles a sheep, with a straight, barely protruding nose. I met another Aries at a party once and immediately pegged him as a Ram. He had two spots on either side of his broad forehead where you could almost see the horns sprouting.

You can tell a Scorpio or Rising Scorpio by the eyes. They’re unusual in some way, whether by the size or color or by the intensity of their gaze. Pisces or Rising Pisces often has large eyes and “fish lips.” My all-time favorite example is Liza Minnelli (born March 12, 1946).

According to the University of Aberdeen study, men with more “masculine” looks are out for a good time, while those who are more feminine are more likely to want some type of commitment. They qualify that this applies to young people, implying that at some point, facial features are no longer a consideration. That certainly was true for Charlton Heston, the quintessential Hollywood manly man. As Neith explained in her recent post, his birth chart strongly indicated a preference for commitment.

A research project called Astrofaces is attempting to draw correlations between people’s Sun, Moon, and Rising signs and their facial features. Frankly, I put more stock in this research than in an academic study that attempts to quantify dating behavior and reinforces outdated notions that men want sex while women want love.