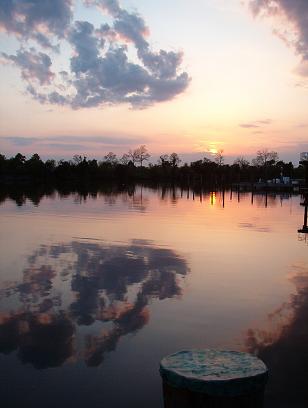 Most of this week’s aspects are fairly low-key, given what we’ve been dealing with over the past several months. It’s a great time to take a short vacation.

Mercury is still retrograde and making mischief with travel plans, especially if you’re on a business trip. But now that he’s speeding along in reverse, the logjams are clearing. Travelers waylaid by the eruption of the Eyjafjallajökull volcano in Iceland are making their way home, and at least one airline that refused to reimburse passengers the cost of meals and lodging was forced to recant.

Still, there are a lot of mix-ups over airline policies to sell tickets to new passengers, while stranded customers are being told they have to wait for an available seat. It may take until the next Mercury retrograde, which begins on August 20, for everyone to get due compensation.

We also are still very much in the shadow of the Saturn-Uranus opposition. I wrote a post some time ago on what you might expect in your personal life during this transit, and that still applies. These themes will continue to play out in your life until this fall.

Otherwise, this week’s aspects are fleeting and won’t last more than a few days. Taking the week chronologically, retrograde Mercury trines Pluto on Monday. Watch for headlines for more news of violations in the banking industry and other embarrassing revelations for global financial institutions. Personal revelations could be humbling, too, particularly if you’ve got skeletons in your closet.

On Tuesday, the Sun in Taurus squares Mars in Leo. With the “ego” planets in conflict, there’s a risk that what starts as a simple disagreement will end in a defensive standoff. Some of us will express ourselves loudly and angrily, while others will make their feelings known in a passive-aggressive manner. The silent treatment is every bit as loud and angry as yelling obscenities at someone, and it can provoke serious backlash. The Moon adds more fuel to the fire when she enters Aquarius on Wednesday.

Things calm down after the middle of the week, and we can relax for a bit. Venus forms an easygoing sextile to Mars on Friday. Too bad this influence doesn’t last longer, because it converts to more-harmonious relationships of all kinds. If you’re feeling more creative than usual, do something with your ideas. At the very least, write them out in detail. Likewise, if you find a good financial opportunity, do some research. With Mercury retrograde, now isn’t the time to act, but you could stumble on some extremely valuable information that will be your ace in the hole next week.

The Moon is in gentle Pisces from Friday to Sunday, making this a weekend to rest, recuperate, and reflect. The Moon conjoins Jupiter and Uranus and then a few hours later opposes Saturn, so if you’re celebrating Mother’s Day, breakfast or brunch are the best alternatives for fun and surprises.

I’m taking my own advice and going out of town this week. I’ve left several posts scheduled, so you won’t miss me.

Wishing you a joyful week of love and abundance,