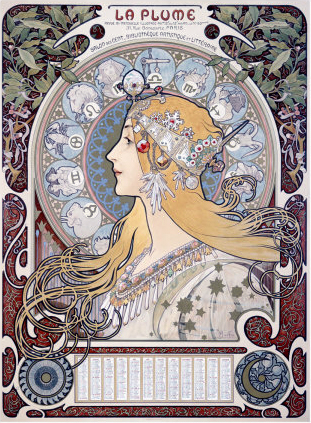 In the past week, I made a couple of stunning new friends. But first, I had to make friends with retrograde Mars.

I’m fond of saying that Mars doesn’t stir up trouble where it doesn’t already exist, but you can bet that if there’s a bomb that’s been waiting to go off, a Mars transit will light the fuse. That’s especially true for Mars retrograde.

The conflict I’ve been engaged in since Mars shifted motion on January 23 really was an outgrowth of existing situations that I’d set aside with the intention of “moving forward.” This past week, I finally got it. I understood the role of this particular conflict, and that allowed me to detach. I moved forward, all right – but not in the way that was expected or advised. For once, I followed my own advice. I “made peace with conflict.” Like an expertly trained Doberman, Mars not only was my best friend, but a highly efficient bodyguard.

I’m hopeful that Mercury will serve a similar purpose when he turns retrograde tomorrow (March 12). Already, I’ve got an urge to clean up and organize everything, from classroom binders to my bathroom supply closet. I’m also going through old material that has been in my computer for years. For the next three weeks, I’ll be in massive research and planning mode for a new project in the works. The timing couldn’t be better.

Breaking down an untenable situation was necessary in order to build a new, more sustainable structure. Fortunately, I knew that – a perfect example of what we can do when we understand astrological patterns and work with them. It doesn’t make the breakdown any less painful, but knowing that it’s for a purpose does make it easier to accept. Once I did that, doors began flying open with astonishing speed.

Even more astounding have been the synchronicities. They’ve been coming in multiples, some faster than the neurons could fire in my brain. That’s how I met two extraordinary women – on International Women’s Day, no less. One of them is an accomplished artist with an interest in astrology, whose work I’ll start featuring next week.

As the synchronicities piled up one on top of another, somehow I ended up on the website for the 2006 film adaptation of James Redfield’s The Celestine Prophecy. I read the book when it first came out in the early 90s and wasn’t a huge fan. Still, I got shivers yesterday when I re-read the “insights,” several of which mention the increase in frequency of synchronicities. I’ve observed a growing phenomenon over the past year in my life and the lives of my clients, but incidents have been off the chart this past week.

The really good news this week is the annual conjunction of Venus and Jupiter. It’s a sight to behold, too! They’re so bright you can see them even with city lights – but all the better if you’re in a more rural location. This year, the conjunction occurs in Taurus, the sign Venus rules and the “earthiest” of all the earth signs, and it also is one “leg” of a earth trine with Mars and Pluto. Trines are the luckiest configurations in astrology, and earth trines are the most favorable for manifesting tangible, material results. Now, this isn’t about the “secret” to acquiring every toy your ego lusts for, so forget the diamond choker in the window at Tiffany’s. We’re talking about having everything you need in this particular place in space and time so that you can do what you came here to do. It’s also about making connections with like-minded individuals to collaborate with as a team.

We’ll be feeling this positive vibe for most of the week, despite Mercury’s station. Indeed, some of the connections you make are likely to be re-connections. What’s more, Mercury has been closely conjunct Uranus and will make another exact pass on Saturday, so some of the contacts you make will surprise and perhaps even shock you.

Lastly, remember that we are nearing the end of the astrological year. With Mercury, Mars, and Saturn retrograde, this is a good time to review your progress since the solstice on December 22, especially in terms of relationships, commitment, and why you’re here. Next week’s Equinox and powerful New Moon in Aries mark another milestone as we head in a new direction. We’ve got a short time to sit, breathe, look back at where we’ve been, and set new goals.

Wishing you limitless love and courage,