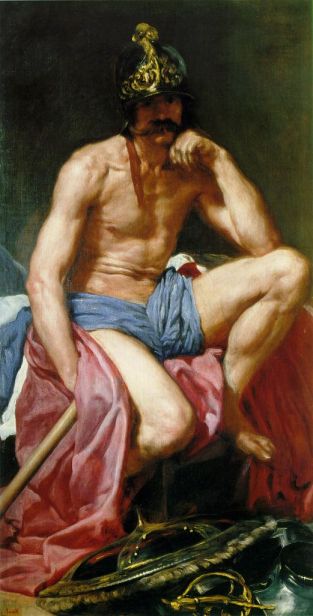 If you’re feeling a sense of foreboding, you’re not imagining things. With Mars and Saturn just a couple of degrees from conjunct, a heavy energy is playing out in our lives.

Considered by ancient astrologers as malefic, Mars and Saturn conjoin every two years. The last conjunction was at 8 degrees Leo on June 17, 2006. This Thursday, they’ll meet at 5 degrees Virgo.

Although this aspect is scary, there is also reason to be optimistic. Saturn limits and constrains, while Mars is about action and movement. Even in Virgo, an earth sign, the Mars force can break down barriers. He may not do it in the most graceful or sensitive way, and the results may be extremely uncomfortable, but at least you won’t be stuck anymore. I like to use the analogy of your foot being asleep after you’ve been sitting still for too long. When you get up and the blood returns, the pain can literally knock you down. But at least you know your foot is still alive.

Where you feel this aspect the most depends on where you have 5 degrees Virgo in your chart. For example, if it’s in your seventh house, you’re feeling the pain in a significant relationship. In your sixth house, you may be faced with an obstacle at work, and so forth. The Moon is in Virgo today (July 6), and conjoins both Mars and Saturn. The conflicts you find yourself in today provide clues to what may come about when Mars and Saturn meet on Thursday.

The time on the West Coast of the United States will be 11:11 a.m., a significant number in the art of numerology. I’m hoping for a breakthrough in a difficult challenge I’m facing, and I’ve been trying to do the work. Indeed, hard work may be another outcome of this energy. Neith just reported to me that she’s overwhelmed with harvesting and preserving – both very Virgo activities – because weather anomalies have resulted in several crops ripening at once.

The rest of the week is fairly tame by comparison. On Wednesday, the Sun opposes Jupiter, who’s retrograde and in his fall in Capricorn. Sun-Jupiter aspects often correspond to overindulgence, but I don’t think that will happen here. If anything, we may be able judge our limits. Knowing your limits can be tricky, and knowing when to push beyond them even more problematic.

Early Thursday, Mercury opposes Pluto, providing a rare opportunity to see the deeper truth behind events. At 29 degrees Sagittarius, Pluto is still in a relatively close trine with Mars and Saturn, and once Mercury enters Cancer later in the day, he’ll be approaching a sextile with Mars and Saturn. The trine and sextile are harmonious energies, so I believe that the insights we gain earlier in the day may contribute directly to the breakthrough I mentioned above.

On Saturday, Venus enters Leo. It’s time to get your hair done and admire your gorgeous self. Practice sincere flattery. Stroke someone’s ego, and allow someone to adore you.